Federal
Pres.Lyndon Johnson signed the Highway Beautification Act (HBA) in 1965. Since then, the act has been amended. Meanwhile, the Code of Federal Regulations contains rules that implement the HBA. This section of the OAAA web site includes the HBA as amended, and regulations that govern the act.

The Highway Beautification Act of 1965 (23 USC 131)
At the federal level, the Highway Beautification Act of 1965 (HBA, P. L. 89-285) controls outdoor advertising along 306,000 miles of Federal-Aid Primary, Interstate and National Highway System (NHS) roads. Signed into law by Pres. Lyndon B. Johnson on October 22, 1965, the HBA (P.L. 89-285) allows the location of billboards in commercial and industrial areas, mandates a state compliance program, requires the development of state standards, promotes the expeditious removal of illegal signs, and requires just compensation for takings.

Bonus Program
In 1958, Congress passed the first outdoor advertising control legislation commonly known as the Bonus Act, PL 85-381. It was repealed and replaced by the Highway Beautification Act of 1965, and is now found in the United States Code at 23 U.S.C. 131 (j). Its provisions still exist by reason of agreements with the states.

The existing Bonus program is an unfunded federal mandate since no federal funds can be used to pay states for the stricter control requirements along the interstate highways.

Bonus Act Amendments
Two amendments were adopted which allowed outdoor advertising along portions of interstate highways. The first amendment was known as the Cotton Amendment, which exempted any areas adjacent to part of a right-of-way, acquired prior to July 1, 1956. This allowed billboards in areas adjacent to interchanges, overpasses, and along roads that ran parallel to the interstate.

The second, known as the Kerr Amendment, allowed outdoor advertising signs in commercial and industrial zones. Incorporated municipal boundaries were frozen as of September 21, 1959 (the date of the amendment). Another feature of the Kerr Amendment was that outside city limits, signs were permitted only in commercial or industrial zones as of September 21, 1959. In effect the zones were frozen. Inside city boundaries, zoning was not frozen for purposes of outdoor advertising control.
States Enacting Bonus Act Provisions

Bonus Act standards are set out at Title 23, Code of Federal Regulations, Part 750, Subpart A.

Highway Beautification Act Primer
This document provides the history and the text of the “Lady Bird Johnson Law,” along with changes since enactment in 1965.

Local
Mainly, outdoor advertising is a local business. Most outdoor ads promote local businesses, and most of those enterprises are considered small businesses, the jobs engine of the economy. Billboards are heavily regulated, included by localities. The items below provide information regarding local ordinances. 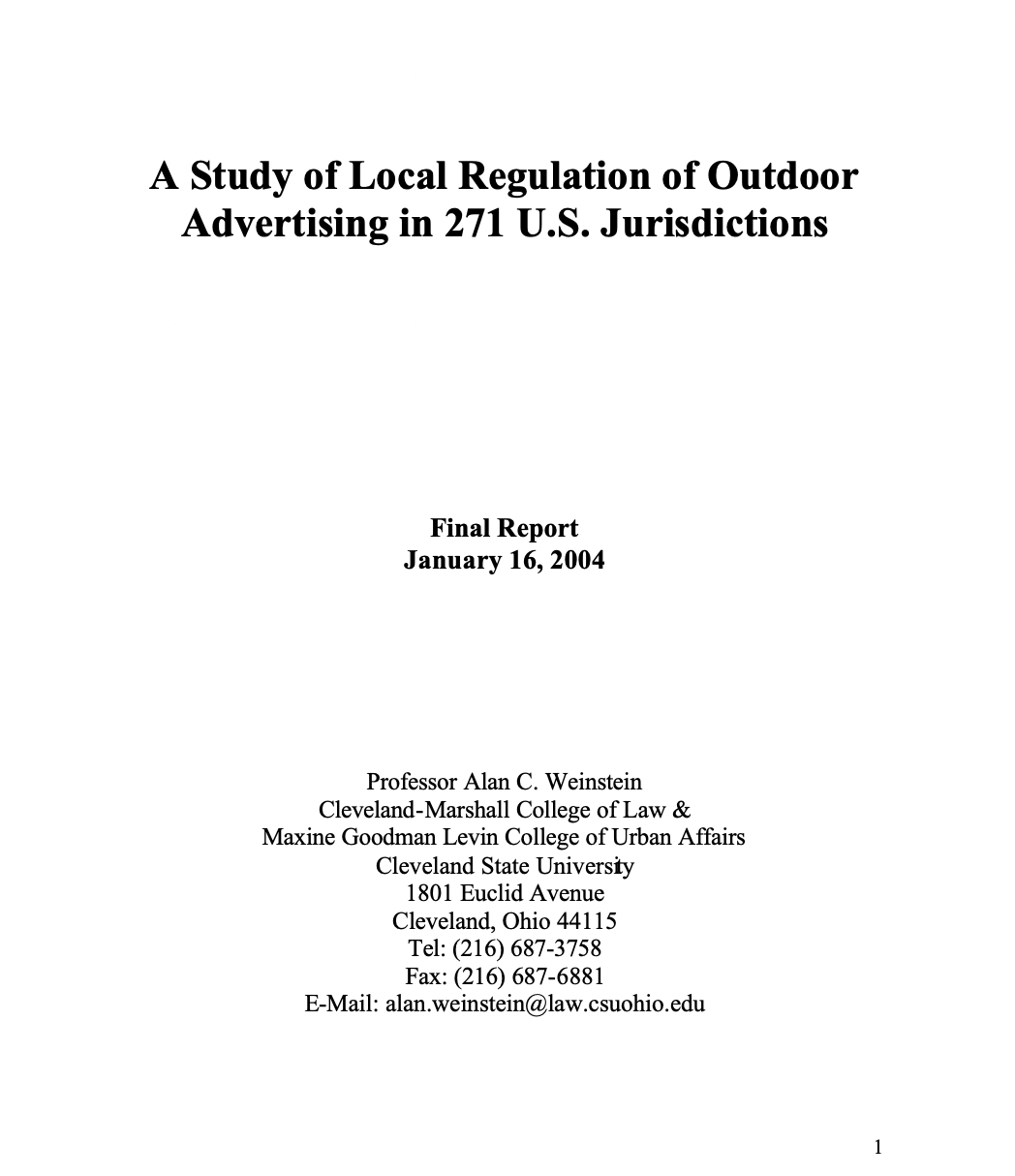 2004: A Study of Local Regulation of Outdoor Advertising in 271 US Jurisdictions 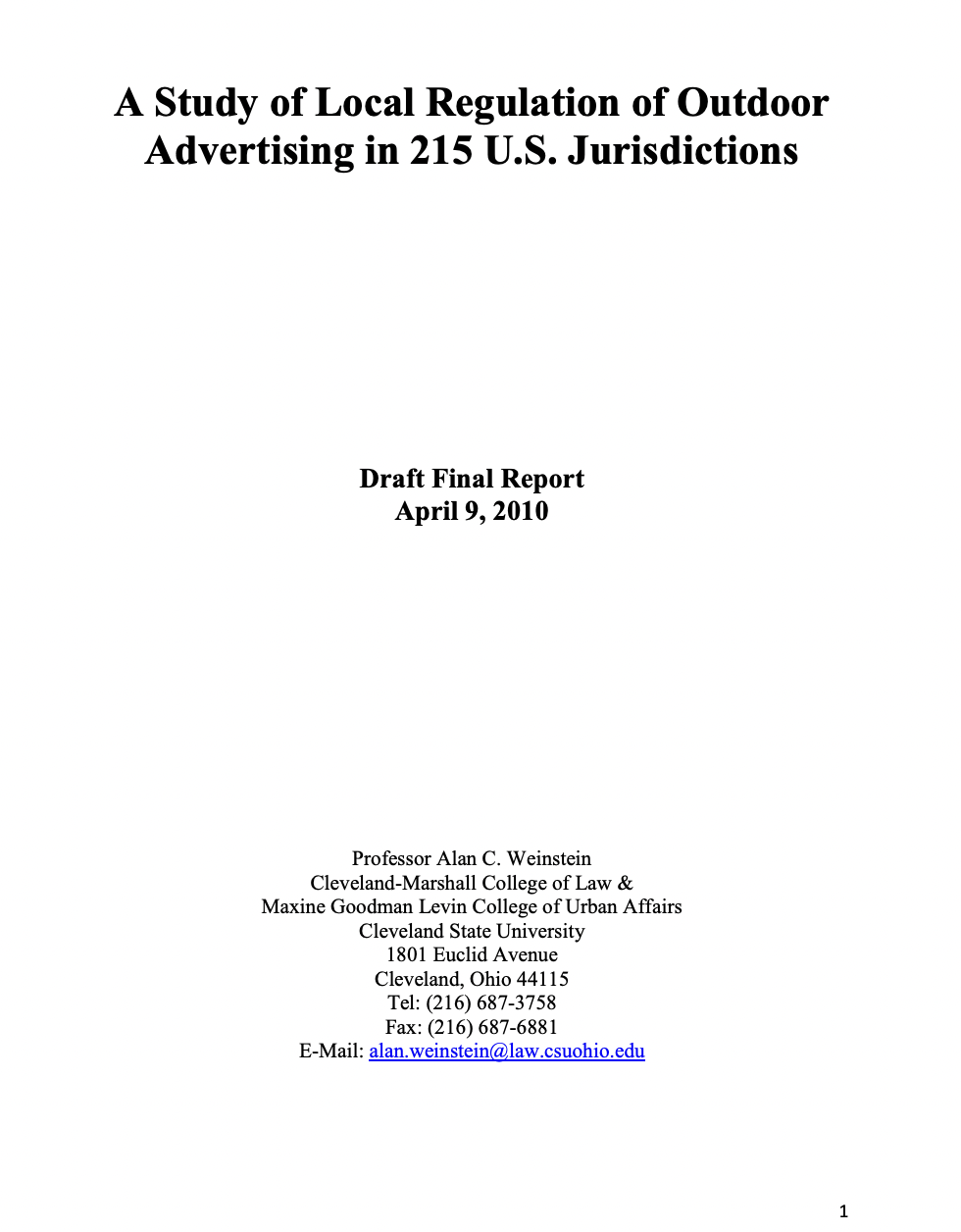 2010: A Study of Local Regulation of Outdoor Advertising in 215 Jurisdictions 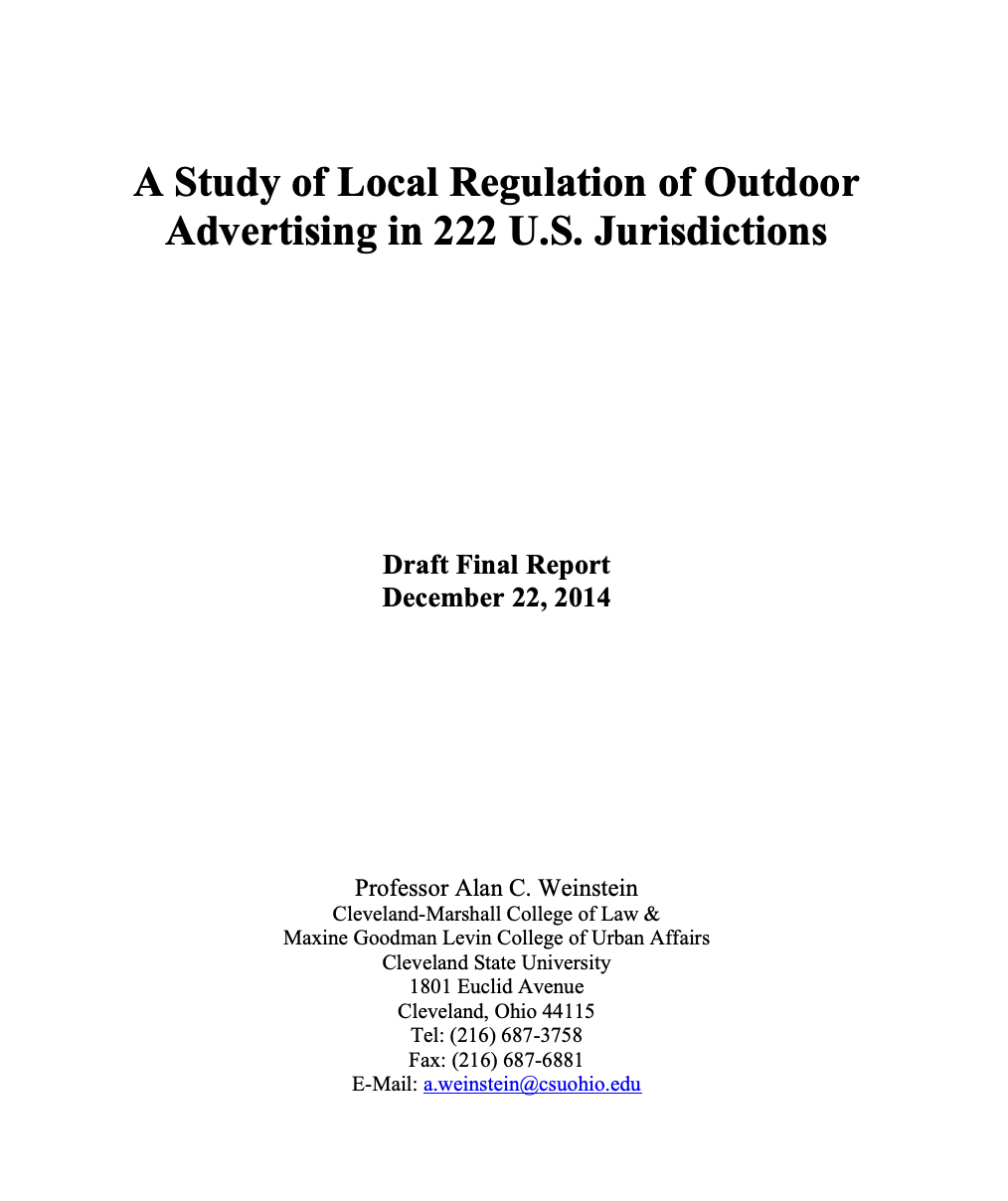 2014: A Study of Local Regulation of Outdoor Advertising in 222 Jurisdictions