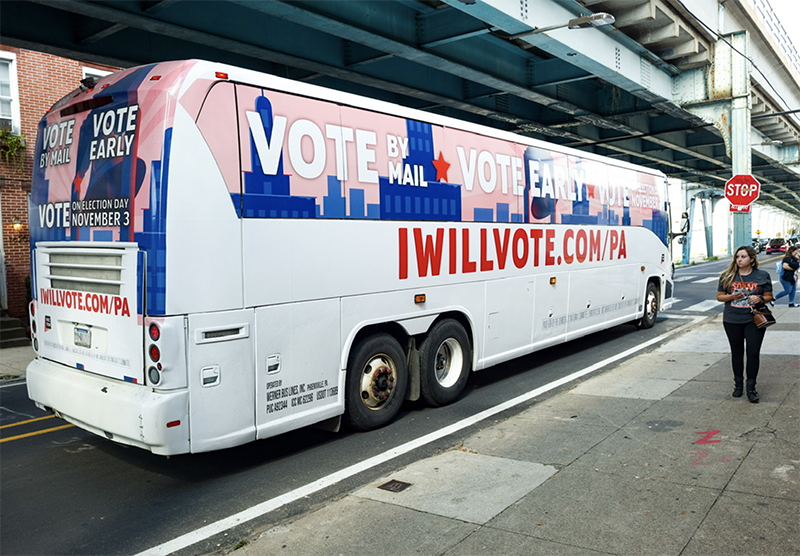 Home / Blog / What to Watch For in the Election /

What to Watch For in the Election

Here is a cheat sheet — for the out of home industry — on what to watch in the November 3 election.

Keep an eye on these five (congressional) factors relevant to out of home media:

1. The DeFazio race in Oregon

Congressman Peter DeFazio, 73, is chairman of the House Transportation & Infrastructure Committee which has jurisdiction over out of home advertising. He was first elected to Congress in 1986.

A young, well-funded Republican challenger is running against DeFazio (D-OR):  Alek Skarlatos who helped stop a gunman on a Paris-bound train in 2015. Skarlatos, 28, wants to reform timber regulations.

The nonpartisan Cook Report gives the edge to DeFazio in this competitive race. The outcome “will be tight,” says DeFazio.

Rod Davis (R-IL) is the top Republican on the Highways & Transit Subcommittee. Davis — from Central Illinois — narrowly won in 2018, and faces the same opponent in this election. Handicappers rate this race as a toss-up. Donald Trump won the District by six points in 2016.

Davis is likable, smart, and effective. When the pandemic hit, Davis helped the out of home industry connect with the federal health agency to begin immediate public-health messaging.

3. Who Controls the Senate?

These members of the House Transportation & Infrastructure Committee are in tight/toss-up races:

5. Class of 2020 Senators on the Environment and Public Works Committee

These other members of the Committee should be re-elected: