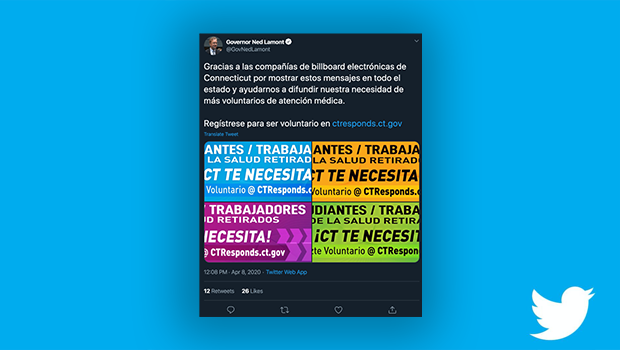 Connecticut Governor Ned Lamont said thank you — again — to out of home media, this time in Spanish. 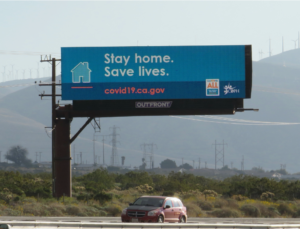 “We have worked seamlessly as a state organization,” says Matt Duddy at Lamar, “with the governor’s office. “They are reaching directly to us to update, add, and make changes to creative.  The Spanish version was the latest example.” 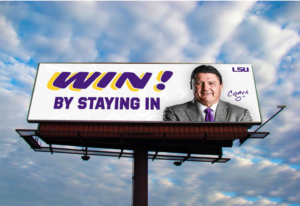 Commentary in Daily Caller reported that LSU Coach Ed Orgeron has a high-visibility role in Louisiana:

“It’s truly incredible how big of a part of the coronavirus fight Coach O has become. The national champion is pretty much the face of the battle in Louisiana. He’s recorded a PSA, he’s briefed the press about the situation and he’s now on a billboard.”