OAAA Goes Behind the Scenes of ‘Three Billboards’ Movie

OAAA went behind the scenes to explore OOH’s influence on the film and industry participation in its production. We learned the concept of the film is based on a real billboard sighting, and OAAA members were recruited to make it happen. 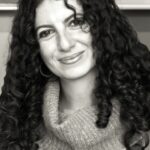 In this Q&A with OAAA, production manager Inbal Weinberg explains how and why billboards were used. (condensed for space).

OAAA: Why were billboards used as a communications and dramatic vehicle in this movie?

INBAL WEINBERG: Our director (Martin McDonagh), who also wrote the script, came up with the idea when he traveled through the US quite a while back and noticed a billboard by the side of the road that had a similar message on it. He was really struck by it, and that’s sort of what instigated the script. I think the drama in the story is probably the power of the opposition between a private matter and a very public platform.

OAAA: Could you elaborate?

INBAL WEINBERG: It’s something you can’t ignore, and you can’t look away from. It’s really direct, and as Mildred, our main character, says in the script, “The more you keep a case in the public eye, the more chances you have of getting it solved.” It’s out there for everyone, even if they don’t want to think about it.

OAAA: Did you study billboards?

OAAA: Could you talk about your decision about the billboard’s color and text?

INBAL WEINBERG: The actual sentences were already in the script, but the question was how to lay them out and what color and font to use. We did mock ups to try out many, many versions. We played around with font, with the layout of the sentences, and with the color of the background, the color of the letters, the color of the frame of the billboard. Our director said, let’s try a red background. He really loved it, and I did too. It was really dramatic. Then, after we made our final decision, we photoshopped those billboards onto billboards to get a sense of what it would look like in the space, which ended up looking very similar to what actually it did end up looking like.

OAAA: Where were they erected?

INBAL WEINBERG: The road was in Black Mountain, NC. It’s about 45 minutes outside of Asheville.

OAAA: How long were they there?

INBAL WEINBERG: We shot probably about a month or so, or maybe a bit longer.

OAAA: How did you light the billboards?

INBAL WEINBERG: We called and asked for advice from companies that actually manufacture the lights for real billboards. And then we had to really bring one of the lights down to the billboards to look at it. We also had to figure out how to get electricity to the billboards in the middle of nowhere. That was actually quite convoluted.

OAAA: Were the billboards built by billboard companies?

INBAL WEINBERG: It was a collaboration. There are really specific posts that are usually made just for advertising companies, so we got the poles through a billboard company. We had a local company install them. So we collaborated with local advertisers. We were really thankful for all the local advertisers and companies that helped us along the way. We had a lot of great advice.

“We made good money,” said Gary Ayers, president of Allison Outdoor, based in rural western North Carolina.  “The movie people were great to work with.”

The movie is set in a fictional town in Missouri, but filmed in and around Sylva, NC (population 2,644).  Hollywood likes western North Carolina for movie-making, including Hunger Games, Last of the Mohicans, The Fugitive, and Dirty Dancing.  The state’s film office touts North Carolina as “film-friendly with minimal permitting and ready assistance throughout production.”

Three Billboards Outside Ebbing Missouri is a dark, profane comedy featuring Frances McDormand as a grieving mom pushing the police chief (Woody Harrelson) to solve her daughter’s murder.  The movie was released November 10; its trailer has more than 1.1 million online views.

“When you see the police station in the movie, it’s really on Main Street, Sylva,” said Ayers.  “They shut down Main Street for the filming . . .  hundreds of people came to watch.”

Allison Outdoor custom-built the three billboards shown in the film, and installed the 10-by-24-foot structures in a cow pasture in a nearby county.  Ayers, an all-around optimist about the project, says soil in the cow pasture wasn’t rocky, and, therefore, billboard installation was easy.

“Our guys loved being a part of this movie, because now they can say, ‘hey, were part of the action,’” said Ayers.

Associated Posters, Inc. (API) printed the billboards in late May of 2016 in Kernersville, NC.

“The boards were paper,” said printer Robert Arnold.  “We went through several trial and error prints.  They had a custom size structure and also wanted to post in 7 long vertical sections.”

“Small towns like the one Heath and I grew up in have a way of keeping friends close for a long time,” says Ayers.