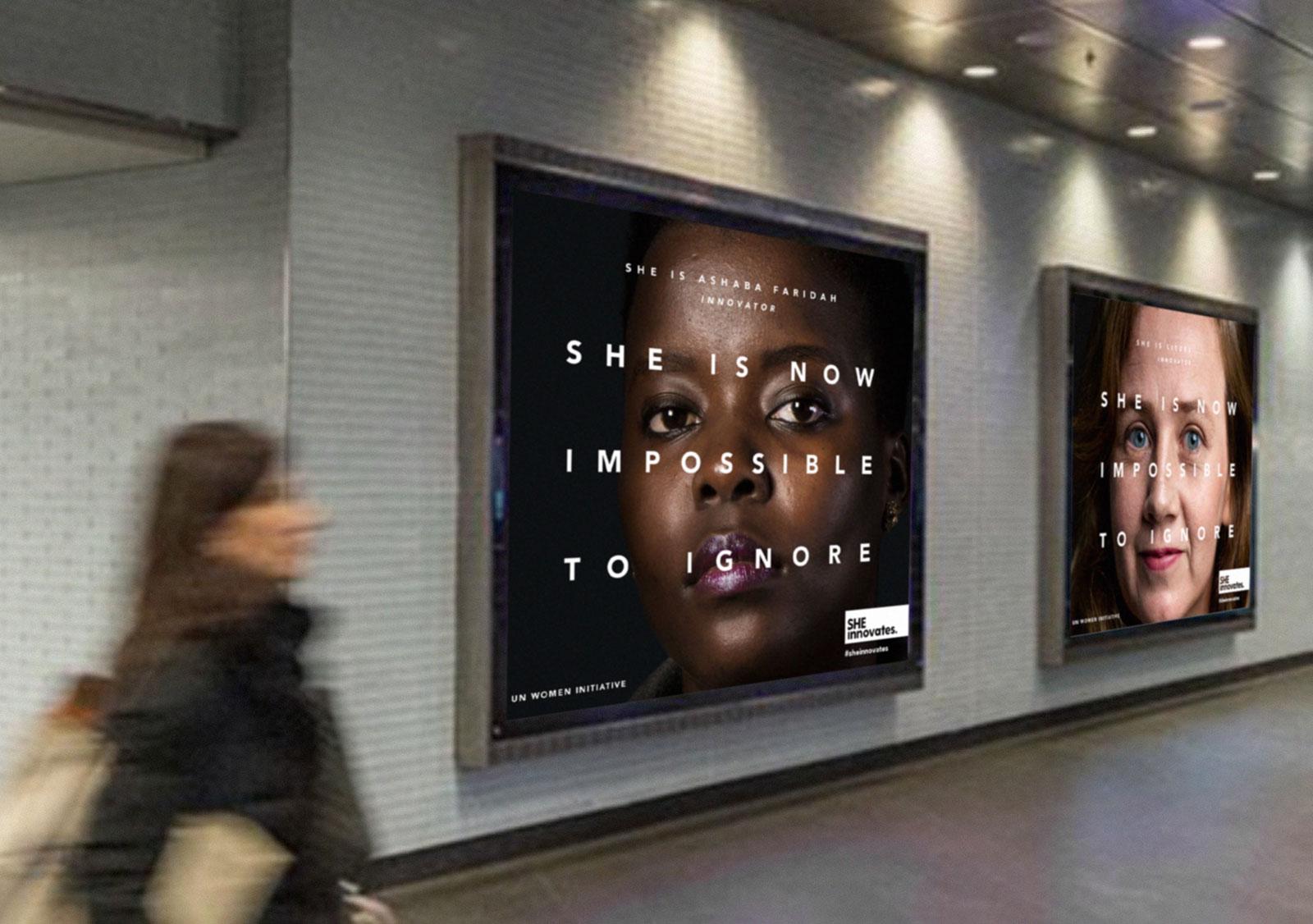 Home / Blog / The Representation of Women in OOH Ads /

The Representation of Women in OOH Ads

Dove recently conducted a study of 9,000 women to gauge their perception of female representation in media. More than 70 percent of women surveyed said they don’t feel accurately represented by the images they see every day.

The Association of National Advertisers (ANA) has ramped up its #SeeHer initiative this year, founded to increase diversity in programming, advertising, marketing, and media.

Procter & Gamble chief brand officer Marc Pritchard, newly appointed #SeeHer co-chair, along with AT&T chief brand officer Fiona Carter, says out of the 60,000 ads evaluated in a new Gender Equality Measurement tool, 71 percent fairly represented women, and that he aims to get that to 100 percent by 2020.

“Marketing and advertising today is all about connecting with the consumer on a personal level,” said OAAA’s CMO Stephen Freitas. “Brands are telling stories to relate to their audiences, and earning consumer trust as a result.”

Dove and #SeeHer have used OOH to spread awareness of inclusivity. Other brands around the world are also reaching women with OOH ads that resonate.

A New Kind of Angel

In the UK, incontinence products brand TENA reimagined the famous Victoria’s Secret “Angels” campaign. Rather that high-profile models and statement lingerie, these ads feature women wearing black underwear for those who suffer from bladder weakness.

A US OOH campaign empowering black girls and women is in the running for an OBIE Award this year. Pantene’s #BlackGirlsDo initiative encouraged black women to share their strengths via social media, which were projected onto New Orleans buildings during the Essence Festival, the largest event celebrating African American culture in the United States.

She is Impossible to Ignore

On International Women’s Day, the UN launched its international #SheInnovates campaign to celebrate the extraordinary women and girls using innovation to solve the world’s problems. In an effort to make the women behind innovation “Impossible to Ignore,” photos of nine inspirational women were featured on OOH inventory in New York and London.