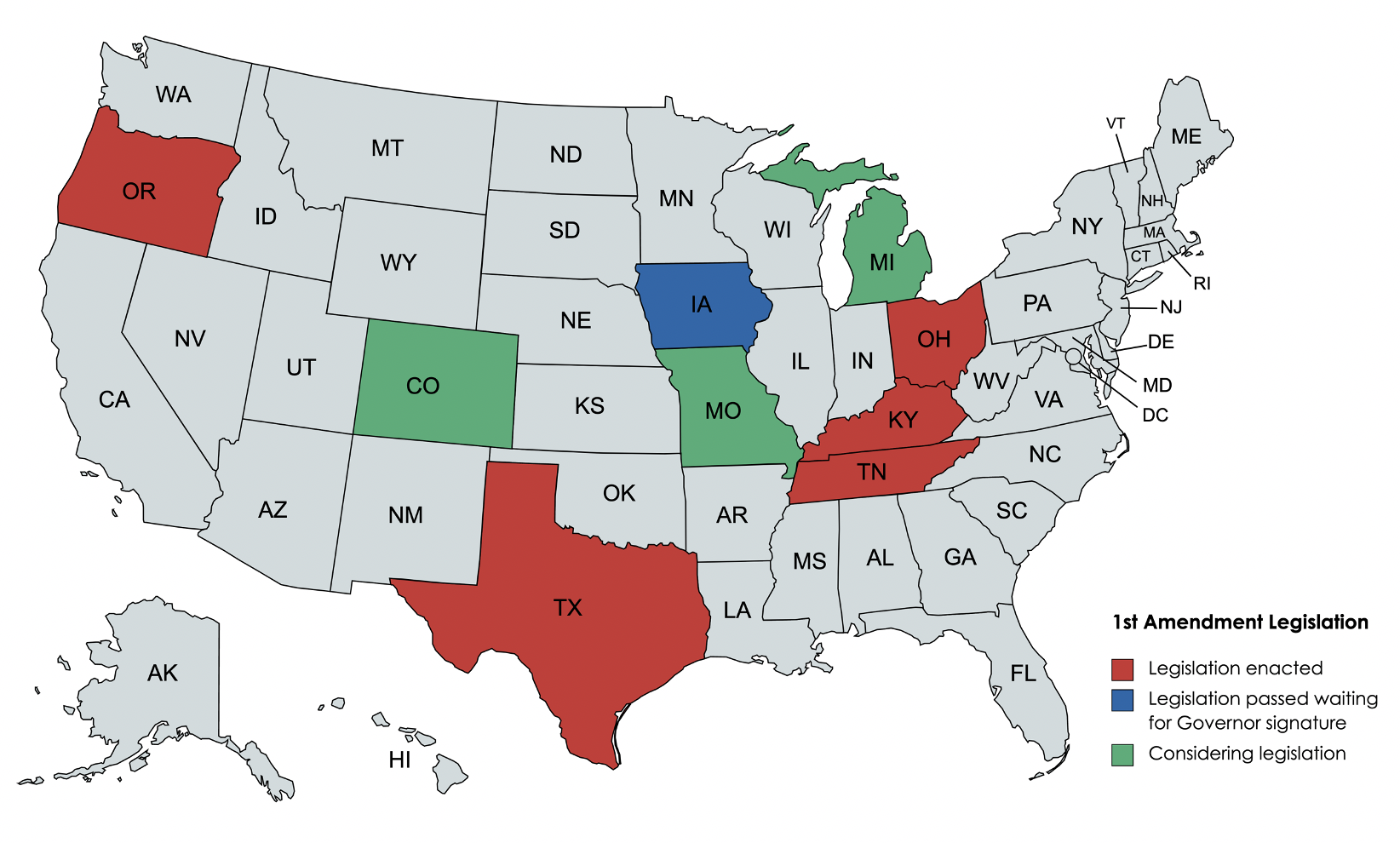 Numerous States have enacted new billboard laws due to legal challenges or the prospect of litigation. This on-going trend started when Oregon’s billboard law was challenged due to the common distinction between regulating on-premise and off-premise signs. The State lost in court (Outdoor Media Dimensions v. Oregon DOT, 2006) and enacted a compensation-based test to determine if a sign should be regulated. 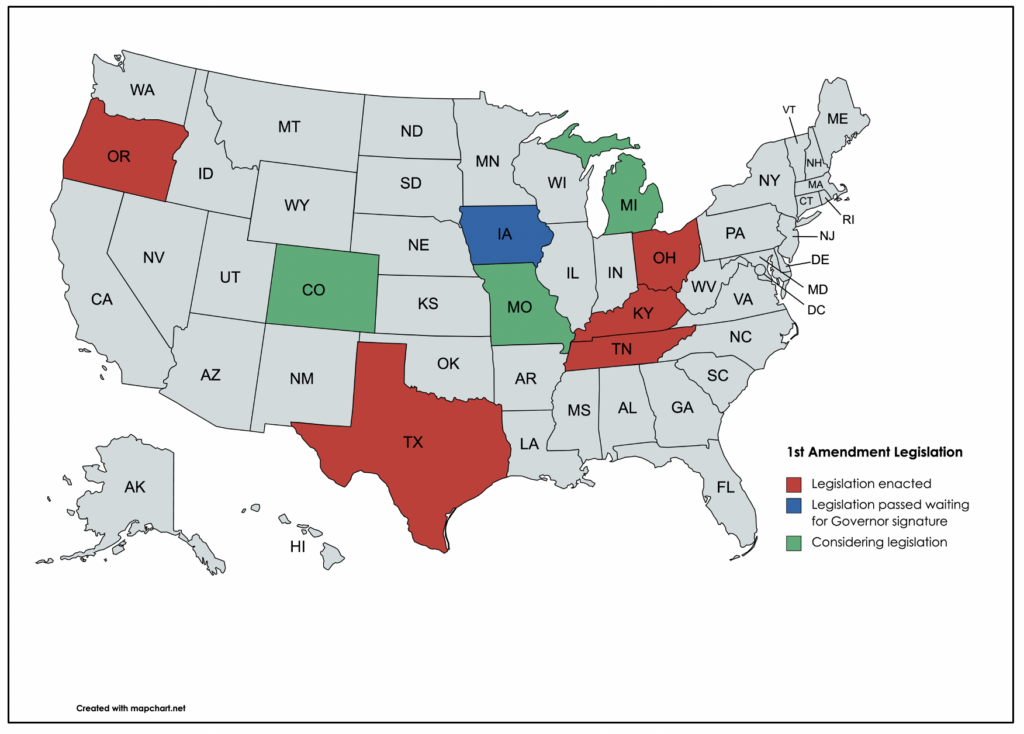 Tennessee and Kentucky’s billboard controls were successfully challenged in the US Sixth Circuit Court of Appeals. Both states have adopted compensation-based legislation to address the court’s findings.

Iowa — without a legal challenge — recently passed compensation-based legislation by unanimous votes in both chambers of its Legislature. Accordingly, OAAA asked the Iowa Outdoor Advertising Association Executive Director, Mike St Clair, why Iowa proactively addressed this issue and what worked.

Mike St. Clair: The Outdoor Industry in Iowa and the Iowa Department of Transportation (IDOT) have had a long relationship of constructive engagement, with a good level of communication and a mutual understanding of each other’s needs. Last August, the IDOT Advertising Manager reached out to the industry to see if we had concerns and were interested in getting ahead of the potential problem.  This open channel of communication allowed both sides to be comfortable in working together the craft a solution.

Oregon, Texas, and Tennessee have revised their billboard laws in response to litigation challenging the regulatory distinction between on-premise and off-premise signs.  Where did the legislative language come from in Iowa?

Mike St. Clair: The dialogue with industry, counsel, and IDOT resulted in us taking a look at language either passed or being worked on in Kentucky, Ohio, and Texas.  IDOT’s Advertising Manager took first crack at marking up our existing law, as did industry counsel.  Ultimately, those two drafts were discussed and blended, frankly with only minor tweaks.

Could you summarize the new law?

How did the stakeholders work together (the billboard industry, Iowa DOT, the Iowa Legislature etc.?

Mike St. Clair: We definitely started off in the right place with this being a collaborative effort between the regulator and the industry (always appreciated by legislators).  Additionally, failing to make this change had a substantial negative impact if our law were to be overturned.  If Iowa’s law were thrown out by the courts, it would result in us being out of compliance with the federal Highway Beautification Act, a $53 million loss to our road fund.  The potential loss of road-building dollars brought the Iowa Association of General Contractors (road builders) as a tremendous ally in support of the bill.  We were fortunate in both the House and Senate with the legislators assigned to the bill.  The House floor manager was a respected veteran legislator, and the Senate manger was an energetic newcomer.

Mike St. Clair: The Iowa Senate and House were intensely concerned about the possible negative impacts of losing federal funding if we became out of compliance with the Highway Beautification Act.  As for the FWHA, that was a complicating factor, given that when the question was asked, we were in the middle of an election that ultimately resulted in an administration change.  I don’t wish to put words in anyone’s mouth here, but my read of the situation is that absent negative comment from FHWA, IDOT felt like they were moving in the right direction.

As other states consider revisions to their billboard laws, what suggestions would you offer?

Mike St. Clair: First, collaborate if you can.  Working with the Iowa Department of Transportation was an enormous help to us, although I know not all state associations enjoy the same kind of relationship with their regulator.  Secondly, understanding the potential cost of not modernizing your laws can be a big factor.  Knowing Iowa could lose $53 million in road dollars brought us the additional key ally of the Iowa Association of General Contractors to help advocate for the bill.