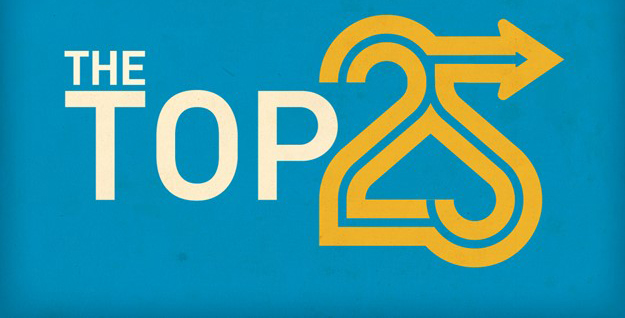 Twenty-five years ago, I signed a contract to lead OAAA (October 1991). A few months later, my husband and I moved our family from Minnesota to Washington, DC.

Thinking back on a quarter century, I’ve assembled a list of 25 highlights in 25 years (scroll down for full list). From then till now, working together, we’ve made real progress:

Governments at all levels now use OOH media to communicate with the public.

Like most Minnesota drivers, I’ve been on Interstate 35 through the Twin Cities many times. When the 35W bridge over the Mississippi River collapsed in 2007 – during rush hour – it was personal for me.

Within minutes, digital billboards displayed warnings and then directed motorists to take alternate routes. These messages, nearly a decade ago, foreshadowed a new dimension of the industry’s involvement in the community.

As I jot down these trends, I realize that the last 25 years were built on the previous 100 years.

We did not invent resiliency or relevance in this generation. We inherited these traits – our industry DNA — from those who built this industry and its 125-year trade association.

Please accept my gratitude for the chance to learn from industry legends like R.O. Naegele, Hal Brown, John Kluge, Lew Manderson, Kevin Reilly Sr., Scott Miller, Dean White, Karl Eller, Dan Simon, Arte Moreno, Tom Norton, and many more. Thank you for the opportunity to represent you at The White House, the Capitol, and the marketplace.

One of my strongest job-related memories is from 9-11, as we gathered in New York City for the 2001 OAAA convention.

Hours after we cancelled the convention, a group of industry folks gathered around a computer to design creative for a national unity campaign.

Within days, “In God We Trust, United We Stand” OOH ads appeared nationwide.

In addition, the long-running Pass It On campaign on behalf of common values like unity and courage was launched with powerful post 9/11 images:

After 25 years, I’m more excited about the future of OOH than I have ever been. I am confident we’re making OOH more of a core media buy than ever before, and we’re proving the power of OOH to help communities and the public in ways we never imagined.

I am honored and grateful to be on your team.

OAAA is the OOH industry’s voice in the marketplace, Wall Street, Congress, and the press. In the 90s, the Institute of Outdoor Advertising was merged into OAAA, as well as trade associations representing suppliers, truck-side advertising, and roadside billboards. Self-description of the medium changed from “outdoor” to “out of home,” describing the expanding industry.

3. Outside experts and friends

In 1991, Congress voted 60-39 to reject legislation to ban new billboards and undermine property rights. This showdown vote – concurrent to the OAAA centennial convention in Washington, DC – was the most important congressional action other than enactment of the Highway Beautification Act (HBA) in 1965. Over the years, the OOH industry has never lost a roll call vote in Congress, including a vote in 2015.

All states now have protection against un-compensated government removal of billboards. This industry achievement – a tribute to persistence – took 20 years+.

Thanks to the industry’s commitment to safety, federal regulators accepted the OAAA’s fall-protection and professional climber standard.

Shifting from paper-and-glue posters, the industry converted to single-sheet PE substrates, providing a better ad image that is also recyclable.

8. Industry resilience after loss of tobacco

The settlement agreement between cigarette companies and state attorneys general (signed in 1998) ended promotion of brand cigarettes on OOH formats. In the mid-90s, tobacco advertising generated 15 percent of OOH industry revenue. The industry recovered quickly, thanks in part to the dot.com boom. Health advocates now use the power of OOH to promote smoking cessation.

In 1998, an anonymous donor sponsored simple messages on a few OOH displays in South Florida (such as: We need to talk. – God). OAAA implemented God Speaks as a national campaign in 1999, generating global publicity including network news (ABC’s World News Tonight with Peter Jennings).

The industry reconstituted its foundation in 2000 to provide scholarships and sponsor research (Foundation for Outdoor Advertising Research & Education, FOARE). Since 2000, the foundation has awarded 125 college scholarships, many to the children of OOH industry employees, and supported nearly $2 million in research, including pioneering studies showing that digital billboards do not distract drivers. Next, FOARE has commissioned a study on the autonomous car.

Working with the state association, OAAA led the effort to defeat an anti-billboard ballot measure in Missouri (Proposition A). Billboard opponents mounted a well-funded ballot campaign to ban new billboards and harm existing inventory. The stakes were high; the industry victory in Missouri dampened interest in ballot measures elsewhere.

OAAA’s advocacy is based on fact, not conjecture, speculation, or myth. That guiding principle means that research supports our points about effectiveness and value of the medium, economic relevance, traffic safety, public opinion, the science of lighting, and more. Telling examples: stakeholders used to speculate about the number of digital billboards; fact-based OAAA de-mystified the issue by counting the inventory twice a year. Nielsen research shows OOH reaches 91 percent of US vehicle travelers ages 16+, and 79 percent have noticed OOH in the past week. Research also demonstrates OOH drives the highest levels of online activation per ad dollar spent among all offline media.

Competitors come together at OAAA to agree on common positions for the overall good, such as net billing for the sake of transparency, respect for privacy when using data, lighting standards for digital billboards, and rejection of obscenity.

Immediately after the terrorists’ attacks on 9/11, OOH formats across the country featured a message of hope and unity (In God We Trust, United We Stand). The creative was designed by a group of industry leaders who had arrived in New York City on September 11 for the 2001 OAAA convention, which was canceled. The long-running Pass It On campaign also launched after 9/11, promoting values such as unity.

Nearly all states with billboards have taken steps to regulate and allow digital billboards. OAAA and the industry’s foundation pioneered research on safety; the federal government’s report in 2013 validated industry findings that digital billboards are not distracting. Other industry research proved gains in energy efficiency and also helped develop lighting standards. Partnerships with government highlighted the product’s usefulness and last month digital billboards won a big victory in court.

Ratings moved from counting cars to measuring audiences likely to see OOH advertising. This modernization provided OOH media with metrics comparable to and better than other measured media, an important step in the competitive marketplace.

18. Industry resilience after the Great Recession

Hammered by recession (December 2007 through June 2009), the OOH industry has grown for 25 consecutive quarters since then. Revenues hit a record $7.3 billion in 2015, higher than the previous peak of $7 billion in 2007.

Besides enacting state protection for just compensation (#5), the industry also continues to strengthen state laws and regulations to promote visibility, relocation of billboards in lieu of condemnation, reasonable taxation, fair valuation, and maintenance and repair. For example, since 2005, 11 states have improved laws and regulations to allow vegetation control.

In 2011, OAAA and its members began an extensive review of the OOH brand to understand how the marketplace perceives the OOH medium and a five-year plan to position it for sustained growth. The industry positioning work, which is now being updated for the next five years, recognizes that OOH advertising should be more of a core media buy because of its creative impact, relevancy, and ability to amplify other media.

This strategic, targeted, edgy industry-promotion campaign generated worldwide attention, including The Wall Street Journal and ad industry press. Besides the buzz, Feel the Real generated proof of engagement. Seven of 10 visitors to the Feel the Real website entered the URL directly, proving response to the advertising. A whopping 40 percent of them were part of the target audience (ad agency pros).

Since the OOH Creative Testing Tool was launched on OAAA’s website in 2013, more than 25,000 stakeholders have used the tool.

The OOH Media Locator has attracted 8,600+ uses since it was launched in April.

Thank you for the honor of leading your trade association for 25 years. We’ve made real progress…and the best is yet to come.