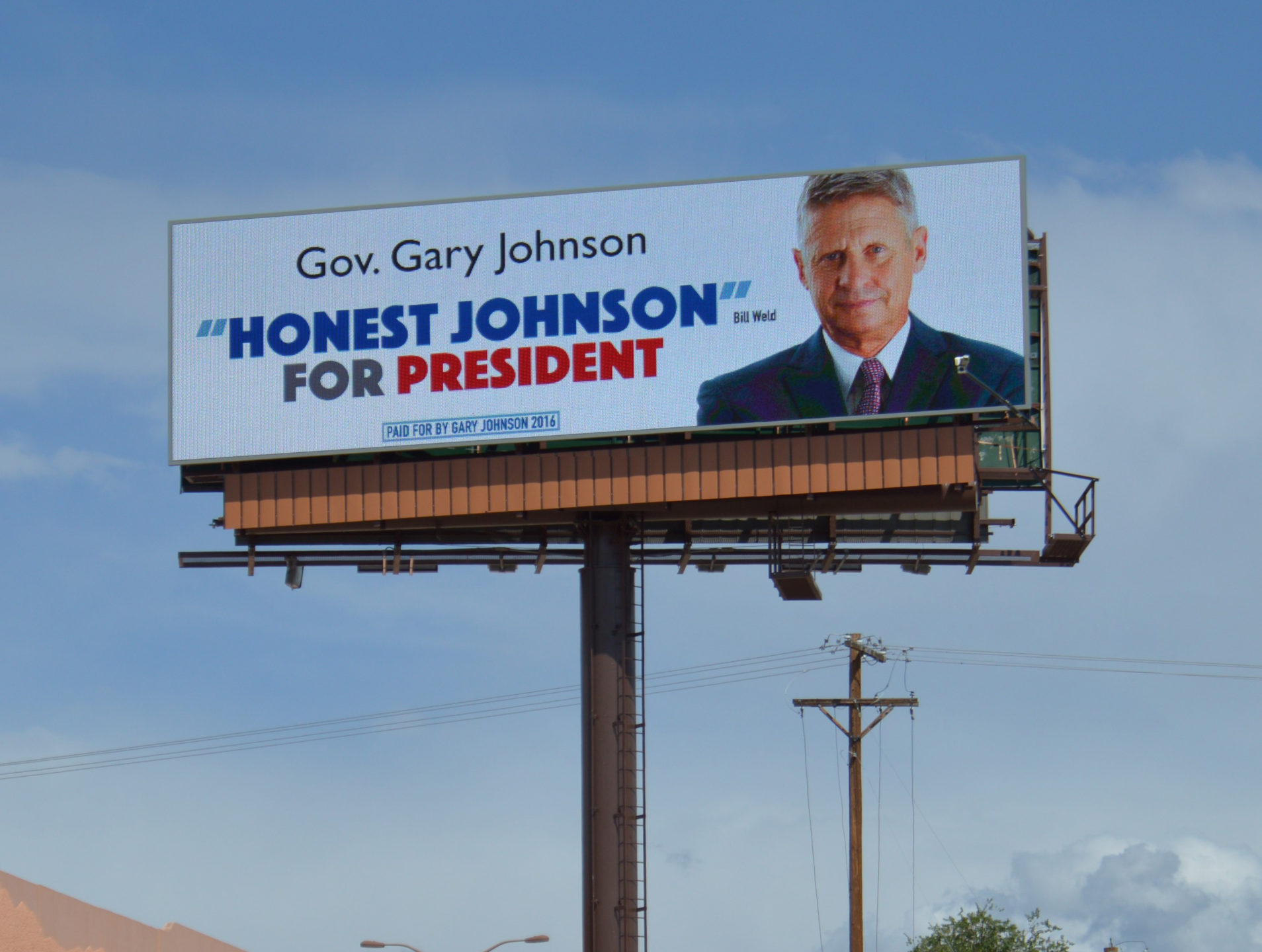 In election years, when the press reports record spending (again) on political advertising, out of home (OOH) media companies wonder why they don’t get more.

Why is the political category a challenge and an opportunity, and who’s buying OOH in this election?

Based on pitch meetings I’ve seen, selling out of home to political buyers can be a challenge because:

That said, this category is an opportunity because:

These examples showcase the opportunity, as well as the thinking of those who are buying OOH.

“What sold me (on digital billboards) is the feedback,” says Amodei. “I get nothing but good feedback.”

Two other attributes please him.  Digital billboards are easy, with no production.  Plus, they project a clean, sharp, modern image for his campaign, he says.

On September 13 Johnson was added to the ballot on all 50 states, the first time a third candidate has been added in more than 20 years.

From his small ad agency in Sandy, UT, Twede buys radio and digital billboards, lots of them.  He wants voters to hear and see his client.

Content on Johnson for President boards changes constantly, promoting the times and locations of campaign events and delivering messaging.

Twede summed up the appeal of digital billboards calling them quick and affordable.