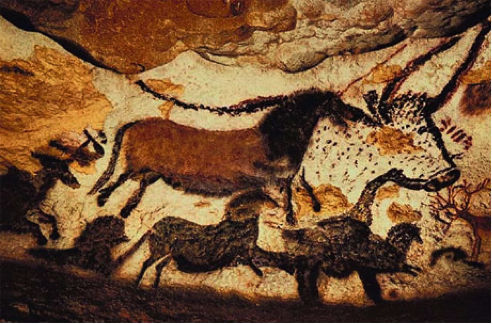 There’s something in our DNA that wants to fill a large, blank public space with images and words that tell a compelling story. This basic instinct goes back 20,000 years to the cave paintings of Lascaux, France—one of the first human attempts at mass communications.

Today, humans are still filling large public spaces with interesting stories, much of it through the medium of outdoor advertising. This venerable form of marketing communications (ancient Egyptians carved “billboards” in stone) is the new darling of media planners and creative directors—promoting everything from Apple Watches to the BMW i electric car.

I was a member of this year’s judging committee for the annual OBIE Awards, sponsored by the Outdoor Advertising Association of America to celebrate creativity in the medium. The innovative and energetic ideas were inspiring.

There were classic examples of what makes OOH advertising irresistible: punchy headlines and eye-grabbing visuals, like this message from Culligan.

But beyond the traditional billboard, there were dazzling displays of how wireless, video and digital technologies are transforming the OOH medium in stunning new ways. Here are three cases in point.

Women’s Aid, a U.K.-based organization formed to end domestic violence, created a remarkable OOH experience. A digital billboard shows a graphic image of a battered woman. Using facial recognition technology, the board “senses” when passersby stop to look at the photo. As viewers gather, the woman’s bruises begin to slowly heal, reinforcing the theme, “Don’t Turn A Blind Eye To Domestic Violence.”

In Boston, commuters had an unexpected adventure as they waited for their rides. To promote the science fiction TV series Shadowhunters, a bus shelter was converted into a mini theater. Using augmented reality technology, the menacing creatures from the series appeared to be lurking just outside the shelter—to the amazement of the unsuspecting bystanders.

Oreos wanted to make sure that overcast winter skies didn’t prevent people from viewing a solar eclipse. So they installed digital OOH boards that recreated the eclipse—in real time—with an Oreo standing in for the planet earth. The boards were viewed live by thousands of pedestrians while#OreoEclipse exploded on social media. The experience also generated (free) worldwide attention from the news media.

Clearly, OOH advertising is emerging as one of the most technologically advanced and immersive advertising mediums. When done right, it is more than an effective selling tool—the public eagerly embraces it. This is especially valuable to today’s marketers who are increasingly concerned about the audience’s ability to block or avoid other ad forms. What’s more, new technologies are enabling more precise measurements of consumer engagement with OOH advertising.

In short, OOH advertising is becoming a breakthrough medium that’s opening new frontiers of creative persuasion for advertisers everywhere. And to think, it all started in a prehistoric cave in France.

Originally posted to the Copacino+Fujikado blog.