A regular OAAA Outlook feature, Tech Talks highlight insights collected from members of the OAAA Innovations Committee. The committee members answer questions related to OOH data, technology, and innovation. If you have a future question for the committee, send your submission to [email protected].

People in our industry often cite the film Minority Report as a vision for how digital signage and OOH advertising could evolve in the future, with DOOH ads dynamically personalized on a one-to-one basis. How accurate do you think this portrayal is for how DOOH is actually developing? 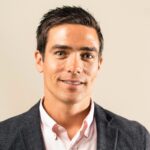 Ian Dallimore, Director of Digital Innovation + Sales Strategy, Lamar Advertising Company
It might not come to a surprise for those of you who know me, but I don’t think this is far off, and I’ll go one up and say it’s going to be even better than Minority Report. I believe with evolution of DOOH and the rapid increase in wearables and the autonomous vehicle, we will see a day within the next 10 years or less that these two technologies will communicate with each other. Under Armour, Adidas, and Nike all have products now that have NFC chips embedded into the materials.

There will be a day very soon when if you run five miles when you are standing next to a digital bus shelter, an advertisement will change based on your actions. The same is true with the autonomous vehicle; your home’s connected devices will connect to your vehicles – let’s say your Amazon grocery list. Just as that vehicle captures info from your home devices, a roadside digital billboard could display an item from your grocery list as well as the price and grocery store. The key component to this entire success of OOH and the connected world will be content and user experience. I challenge brands and agencies to test and learn, understanding the scale will be small in the beginning but the future will be a massively connected OOH! 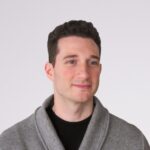 Mikhail Damiani, CEO & Co-Founder, Blue Bite
We’ve heard this line for the past 10 years, but I don’t think it has much merit in the context of DOOH. Personalization and mass broadcasting have an inverse correlation. Since DOOH and more broadly, OOH, are not 1:1 communication channels, you will likely never see the same type of personalized, Minority Report like experiences as you will on a mobile device. The information and content provided by DOOH can therefore still be valuable and relevant, but should not raise any privacy red flags. 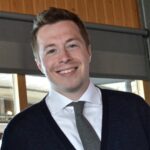 Michael Galkin, Director of Marketing and Research, Branded Cities
We are still far away from the world of advertising as seen in Minority Report, but it is something that OOH should aspire too. Although OOH is typically seen as a one-to-many medium, we as an industry have been able to narrow that view with the inclusion of new tech and content that can be changed based on the prevailing audience at a location. Until we are implanting chips into ourselves, one-to-an-addressable-few may be the new standard in OOH. 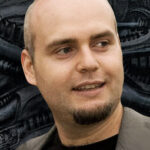 Mike Gamaroff, SVP of Channel Strategy, SITO Mobile
Minority Report is the Godfather or Citizen Kane of the OOH advertising industry. The ideas explored in the film probably inspired a generation of marketers to embrace the possibilities of technology and media and may have even given rise to many of the most impressive developments we have seen in the past few years. And all this, according to the timeline of the film, 38 years ahead of schedule! It’s time we gave Steven Spielberg and more so original author Philip K. Dick, some serious kudos for their part in making OOH advertising the most evocative, engaging and – at times – controversial medium that exists in media today. 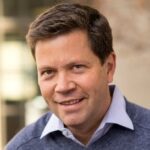 Jeff Gunderman, President, EYE Corp Media
Digital OOH in most cases will have to balance the one-to-many nature of the medium with one-to-one personalization capability. Many screen locations are not optimal for a high level of customization. It is unlikely in the next five years we will see any scale in customization to the extent of Minority Report. It is reasonable to expect a higher degree of customization based on triggers, like weather and the adoption and scale of capabilities that enable a more generic customization triggered by facial recognition or cell phone signals that is demographic based versus specifically personalized. 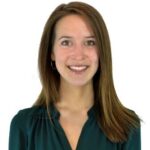 Stephanie Gutnik, Vice President of Business Development, BroadSign
If I never see that specific clip from Minority Report again, it will be too soon! Tom Cruise’s character is noticeably nervous from the intense and intrusive association between technology and his identity, which is the opposite of dynamic content’s purpose in DOOH. Contextually-relevant messaging is meant to relate to viewers in a welcomed moment – such as an ad for the closest umbrella shop during a period of rain. In addition, given that DOOH displays are public, brands typically try to connect with the group of people viewing a screen, instead of a single person. That said, for those who do wish to have their photo shared in Times Square, DOOH can enable this consensual experience as well. 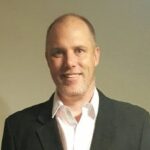 Peter MacDonald, COO, MacDonald Media
I think we are far from the one-on-one experience that people always envision. But the way things develop these days, it could be launched in six months, for all we know.

The thing that always stuck out for me about Minority Report ads was that they were annoying and in his face. Drink this, buy that. We don’t advertise like that now, why would we do that in the future? If the future actually does hold these super targeted, personalized, in-your-face ad delivery systems, I have one hope: the ads bring some value to the consumer. I would prefer a personalized teaser campaign that spans across multiple DOOH screens throughout my day than an ad screaming in my face to go see a movie. 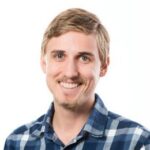 Mike Neel, Head of Marketing/Sales, AdMobilize
The concepts seen in Minority Report and the film itself are often quoted in articles, panel discussions, and blog entries (probably too much). The portrayal certainly has its pros and cons. Cons being that the movie itself is rooted in a dystopian future that I don’t believe anyone wants to see come to fruition. The pros being that it paints a thought-provoking picture of the exciting potential of DOOH and technology coming together to deliver the right message at the right time. Even though DOOH is a one-to-many medium, technology is also allowing it to become more personalized and timely. This, in turn, could be extremely useful in everyday life, while also keeping science fiction where it belongs – in the movie theaters. 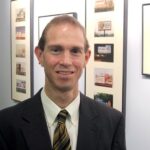 Mike Norton, EVP, Norton Outdoor Advertising
Believe it or not, I have never seen the film, but I do know the premise, and specifically the personalized OOH messaging to which is referred.

I am not a foremost expert on these types of displays, but I think the technology is very close to being present, if it isn’t already here, to do this type of messaging. The questions have become: (1) Are consumers ready for it and do they want it? Many people (to whom marketers optimistically refer as consumers) still seem to view this vision of individualized messaging as a little “intrusive,” especially in public places. It’s one thing to have an ad served to your phone based on purchase and search history, but it is quite another to have a screen ask you if you are still interested in that car, coat, shoes, or something embarrassing (20% off Depends! Today only! You know you can’t wait, anyway!)

It seems like the next logical step in the vein of Minority Report advertising would be larger use of beacon technology, which hasn’t really taken off as predicted. This allows advertisers to attempt to leverage the knowledge of where you are and your interests, but pushing their communication to a more discreet device. 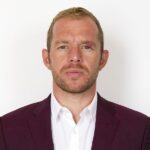 Ben Putland, Chief Operating Officer, Grand Visual
I think we have to be clear about the distinction between contextualization and personalization. As a broadcast medium, OOH works best as a one-to many-medium rather than a one-to-one. What we should be talking about here is contextualization. The incorporation of any third-party data should be based on group behaviors – all anonymized and aggregated at source to ensure privacy. This will empower marketers to make smarter use of digital screens with messages that are useful and timely in a context-relevant way.

We should also learn from the world of online advertising and the rise of ad-blockers when advertising tries to be personal, it can overshoot the mark and be viewed as invasive. Personalization within OOH should come from “opt-in” interactive experiences rather than a Minority Report-style approach. 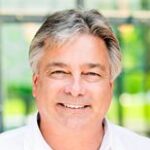 Ken Sahlin, CEO, DoMedia
Minority Report’s sci-fi vision for OOH is a memorable fiction, but it ignores the science and analysis that drive great advertising — the creators missed the fact that one-to-one communication is an incredibly inefficient use of the medium. It’s true that smart billboards, dynamic ad serving, and mobile phone data — both geolocation and demographic — are combining to create a revolution of highly contextualized OOH creative. But, the cutting edge of OOH tech combines all this data to generate heat maps and serve the right creative based on the density of a target audience. Until augmented reality contact lenses let billboards “display” multiple ads simultaneously, the most advanced OOH advertising is actually much more efficient and sophisticated than the future Minority Report predicted. 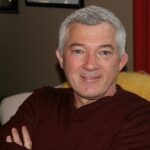 Jack Sullivan, SVP & OOH Media Director, Starcom
OOH media will definitely become more personal as long as we continue to adhere to the following; (1) the collection of good and accurate data about commuters/consumers (will require 3rd party data as well), (2) the industry will seek some form of permission from commuters/consumers to personalize ad messages targeted specifically to them, (3) we continue the modernization of our ad displays with better technology and data collecting abilities. There is a fine line between providing personal and helpful information versus being disrespectful and intrusive … I have faith that we know the difference.