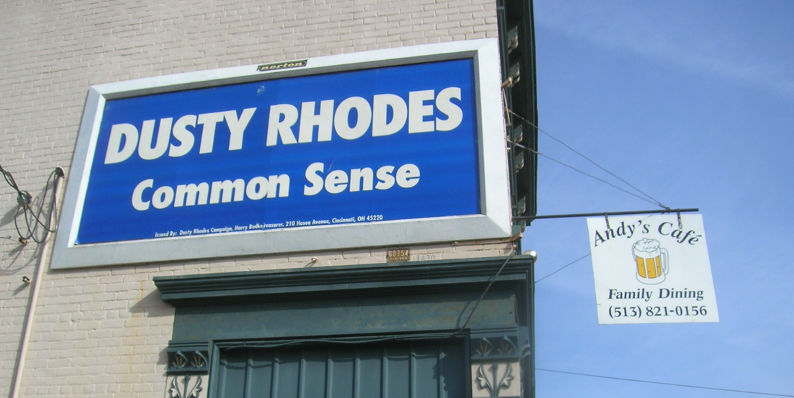 Former House Speaker John Boehner (from Cincinnati) wrote a new book — “On the House” — which got attention because of his unvarnished comments about other politicians (Joe Biden, Barack Obama, Mitch McConnell, Nancy Pelosi, and Ted Cruz). I have not personally read this book, nor have I read the other books mentioned in this piece, but our very own Ken Klein (who is much more well-read than I) provided me with a synopsis of the portions he has had read, including providing the quotes.

Putting politics aside, page after page of this book (released April 13) focuses on a neighborhood bar in Cincinnati: Andy’s Café founded by Boehner’s grandfather Andrew Boehner. John Boehner, one of 12 siblings, recalls the formative influences of working at Andy’s Café:

Generations ago, John Boehner’s father and my grandfather negotiated a lease agreement for a Junior Poster on an exterior wall at Andy’s Café.

On Election Day 2010, my dad, Tom, and I had lunch there, along with Ken Klein from OAAA. Republicans took control of the US House that day, gaining 63 seats. Victorious Congressman Boehner soon was sworn in as Speaker of the House.

Ken Klein — also from Ohio — noticed that the Norton poster at Andy’s Café in 2010 advertised Dusty Rhodes (a local political candidate, not the big-time pro wrestler).

Not everyone will like Boehner’s book, which apparently includes vulgar language and barbed comments about other politicians.

At Norton Outdoor Advertising (in Cincinnati), we appreciate the reminder of three important points:

Political advertising, like the Dusty Rhodes poster at Andy’s Café in 2010, is an important part of our business, and Out of Home is increasingly important in political commentary and elections.

Our medium is a growing platform for political expression. Compared to the 2016 presidential election year, political ad spending on out of home media increased by 64 percent in 2020, according to Kantar media tracking.

Out of Home media is part of our culture (film, literature, history, and more).

The best-selling book about The Great Migration (“The Warmth of Other Suns”) features billboards in California as a symbol of hope/a better future. A main character in this history book (Dr. Robert Foster) recalls his long drive from Louisiana to Los Angeles in 1953 (page 216 of the paperback version):

The people in the billboards were smiling and happy. They looked out onto the highway and straight into the cars. They kept him company, and, although they weren’t talking to him, he told himself they were. Soon one billboard stood out from the others. IT’S LUCKY WHEN YOU’RE IN CALIFORNIA, it proclaimed cheerfully (selling Lucky Lager beer). Robert repeated those words in his mind.

It has to be. He said it over and over to himself until he actually started to believe it. 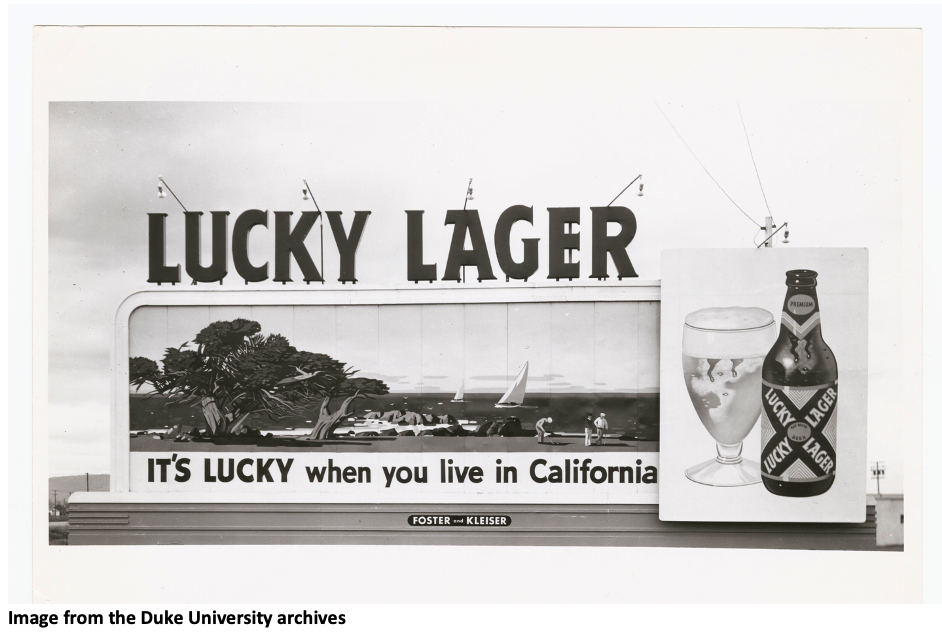 The new Gatsby book (“Nick”), released in January, reminds us of the omni-present billboard in the classic F. Scott Fitzgerald novel “The Great Gatsby” (1925). Click here to read the full article featured by Advertising Week. 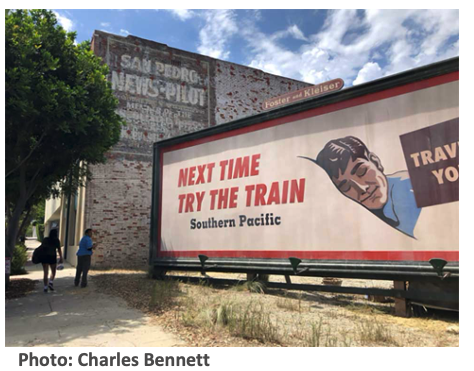 From Hollywood to America’s Heartland of Cincinnati, our signs are part of the American story. Ironicaly, given my relative lack of reading, I am proud to be working alongside so many of you to help write the next chapter.