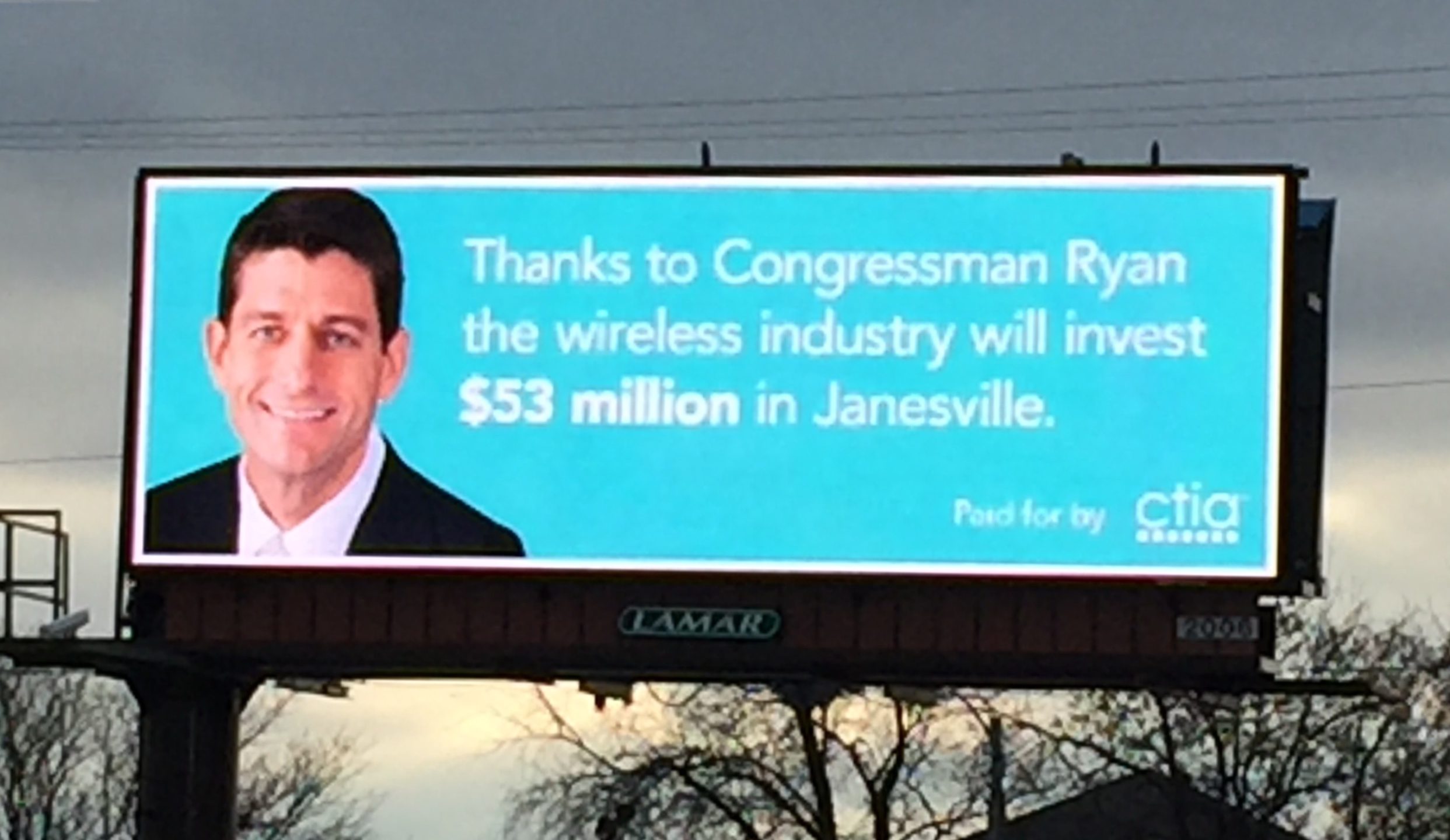 Mail and phone calls are constant in congressional offices. When constituents want to punctuate their messages, they post billboards “back home.”

The wireless industry is thanking allies in Congress for progress toward the fifth generation wireless (5G). In December, its trade association posted billboards in 24 markets, with localized economic-impact figures.

In Las Vegas, Sen. Catherine Cortez-Masto (D-NV) gets a shout-out on billboards that say, “Thanks to Senator Masto the wireless industry will create 5,908 new jobs in Las Vegas.”

Janesville is a favorite target

An anti-Ryan political action committee, Stop the Speaker, has posted billboards urging Ryan to investigate/impeach President Trump and have a town hall.

Net neutrality is the principle that internet service providers must treat data on the internet the same, and not discriminate or charge differently.

FCC Chairman Ajit Pai and other proponents say repeal will boost investment/innovation and improve broadband infrastructure while reversing regulatory overreach from the Obama Administration. The other side (advocates of net neutrality) worry that broadband providers could block Internet applications and content or block out competitors.

In August, an internet-activist group called Fight for the Future placed crowd-funded billboards in six states to support net neutrality (including Janesville, WI, and Clarksville, TN).

For the billboard industry (4%+ of overall US ad spend), these hot-topic issue campaigns reflect broader points.

With digital technology, billboard ad copy can be posted quickly without production costs, and individualized to targeted politicians. Nationwide, some 7,300 billboards are digital.

Issue-oriented/political speech is protected by the First Amendment. In Baltimore, MD, Clear Channel Outdoor is challenging the city’s tax on billboards as unconstitutional singling out of one medium of speech. The variety of speakers communicating on billboards – at times controversial – showcases the medium as a platform for ideas and advocacy.