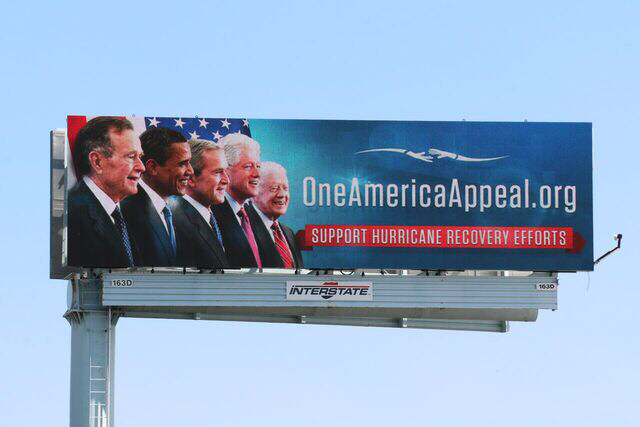 Hurricane Response Shows Speed and Reach of Out of Home Media

Response to back-to-back hurricanes showcased the speed and reach of today’s out of home (OOH) media.

Here’s what happened inside the OOH industry as Hurricanes Harvey and Irma hit Texas and Florida.

In 2005, Hurricane Katrina taught tough lessons to the Federal Emergency Management Agency (FEMA).  One lesson:  the importance of timely, clear communication with the public after a disaster.

After Harvey hit coastal Texas in late August, FEMA wanted its toll-free number and web address on prominent display . . . starting in nine counties, then 29.  FEMA’s information first appeared on six of nine digital billboards in the Corpus Christi market; the other three signs had no power.

Across the political spectrum, OOH media company principals embraced this collaboration of Presidents Bush (father and son), Carter, Clinton, and Obama.  In Cincinnati, Tom Norton of family-owned Norton Outdoor Advertising put it this way: “Never a better time for a call to unity.”

When the presidential appeal rolled out, Katz described its broad reach: “Thousands and thousands of billboards across the country.”

To its credit, American Red Cross is strict about controlling its message.  Neither donors nor the charity are well-served by ad hoc un-authorized appeals.

While waiting for authorized Red Cross creative after Harvey – which was posted instantly on OOH displays once available – the design shop at Lamar Advertising in Baton Rouge created a pro-Texas message (“God Bless Texas”).

“Love that,” responded the chief of staff to Congressman Ted Poe of Texas. 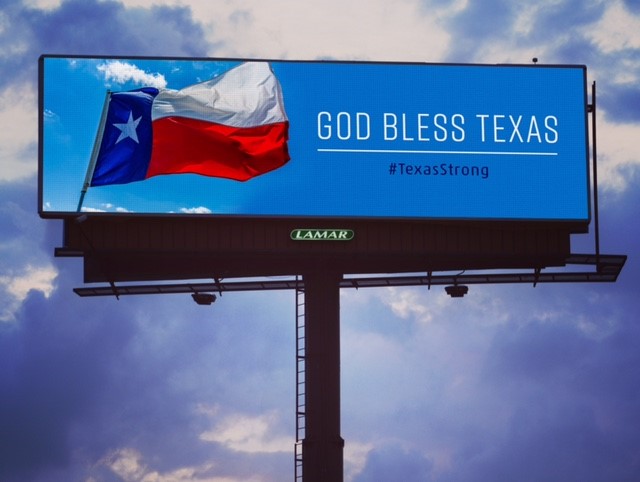 After the Boston Marathon bombing (2013), digital billboards displayed a series of messages for the state emergency agency.  Later, on digital billboards, the FBI posted a photo of a bombing suspect as part of the manhunt. 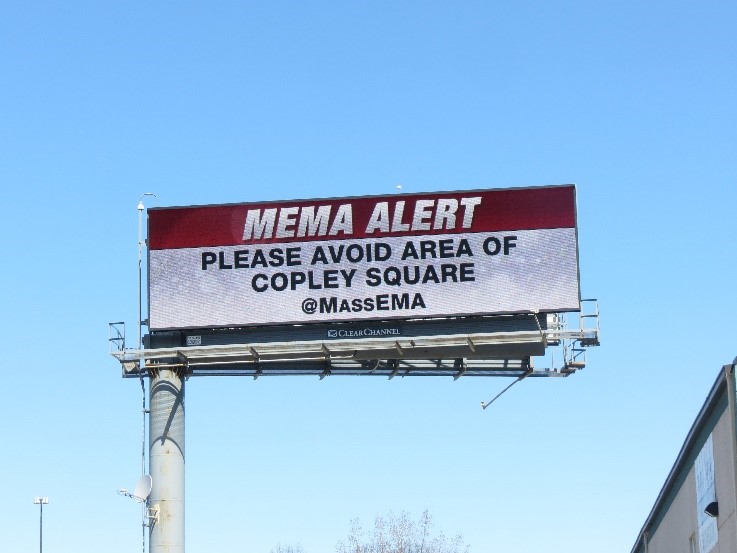 Recovery from Hurricanes Harvey and Irma coincided with the 16th anniversary of the 9/11 terrorist attacks.

OAAA and its members were in New York City that morning in 2001 for the start of the national convention at the Marriott Marquis in Midtown.

After we canceled the convention, I recall a somber, focused group of colleagues gathered around a computer, designing a message of unity that was printed and posted on billboards, bus shelters, and other formats.

Public service is part of our culture.

In 2001, the Denver-based Foundation for a Better Life launched a public-service campaign to promote common values.  In response to 9/11, this campaign began by touting the values of unity, courage, and determination. 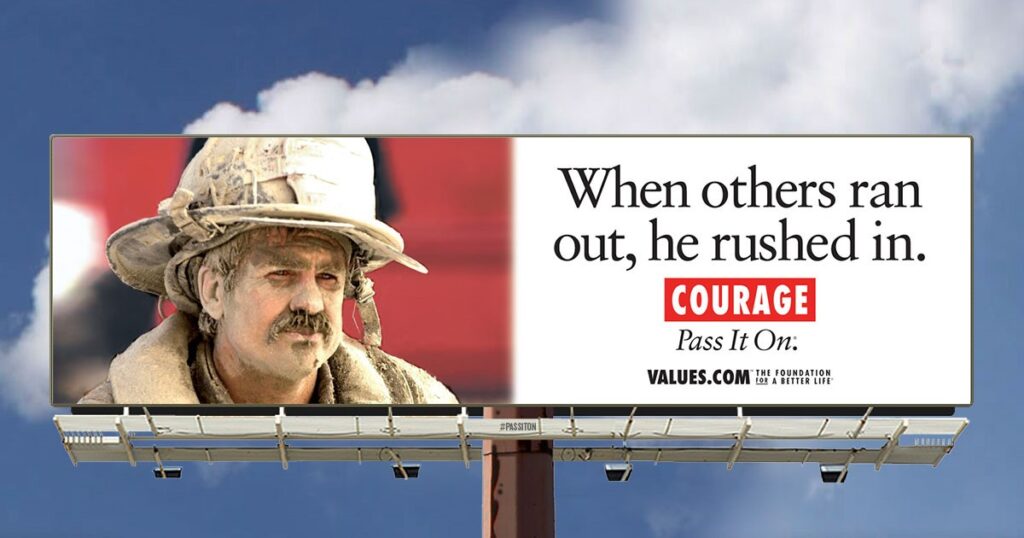 Sixteen years later, this campaign – called Pass It On – is still going.