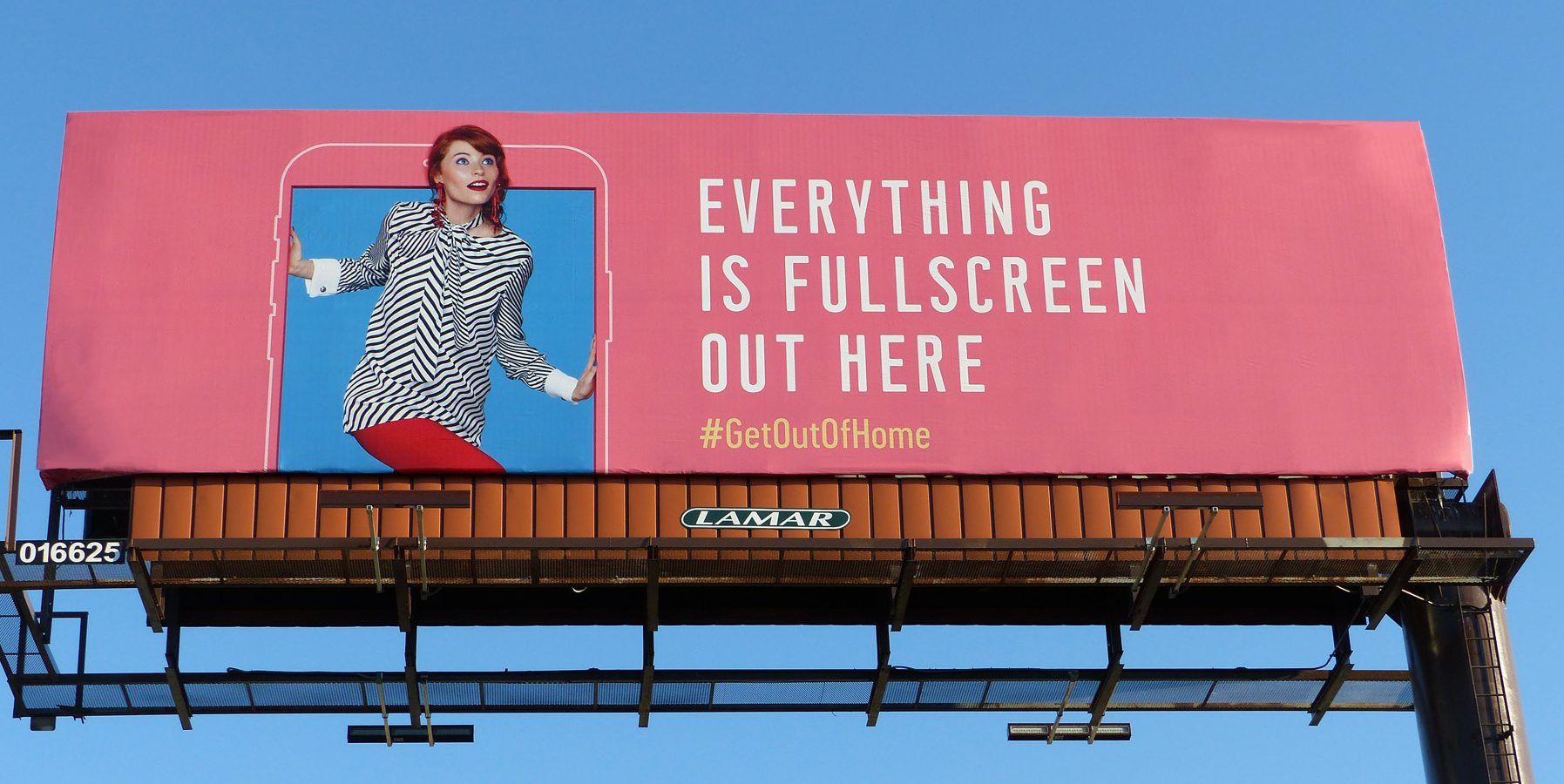 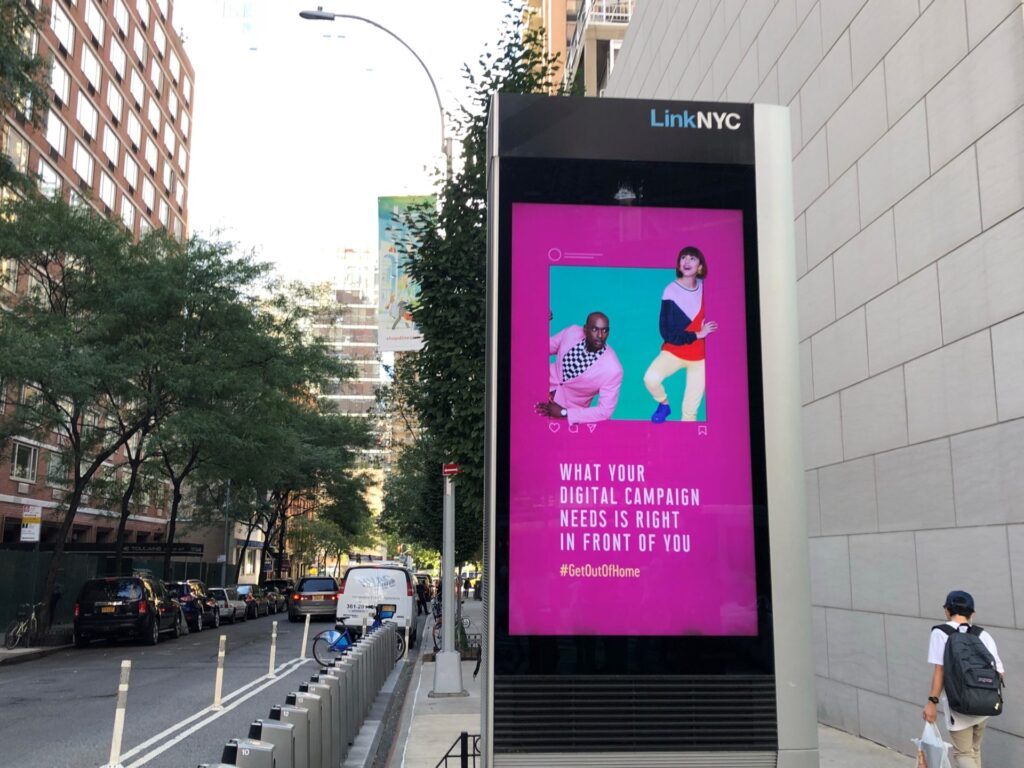 Today’s advertising creatives and media planners grew up with the internet in the palm of their hands. They get digital media and push it forward. But, some ideas are too big to stay trapped online. Bold ideas need a bold platform.

The goal is to spark conversation about how today’s responsive, engaging OOH medium can elevate any idea, creating magnetism and distinction.

According to Josh Horn, Creative Director, Publicis New York, “OOH has become the ultimate stage for brands to get their message seen. It’s contextual, measurable, and responsive.”

Launching in connection with Advertising Week New York, “Get Out of Home” targets media agencies and planners attending the event with static and digital OOH ads that invite them to engage with the campaign using the #GetOutofHome hashtag. To highlight the medium’s flexibility and relevance, social media posts and event insights are being published live to digital screens across New York, using the real-time campaign management platform, OpenLoop.

Industry icons are championing OOH as media amplifiers. Touting the value of OOH, Publicis New York’s Andy Bird, Barton F. Graf’s Gerry Graf, and Stan Richards of The Richards Group are featured on billboards and other OOH formats in major markets across the US, including New York, Los Angeles, and Chicago.

“As a creative, I’m used to being behind the camera, so when I got the email asking if I wanted to be on a billboard, it felt surreal,” Chung told us. “Being a woman of color, being Asian American while navigating this industry can be disheartening and exhausting. But moments like this keep me going. I felt seen.”

Llop is also excited to get in the real world: “It’s thrilling to get some “off the gram” exposure.” In addition to New York City, the campaign will be featured on more than 50,000 OOH units, including 27 digital screen networks, in 30 major US markets including Austin, Chicago, Dallas, Detroit, Los Angeles, Miami, Minneapolis, San Francisco, and Washington, DC in the coming weeks.

OAAA members are encouraged to align teams with the Get Out of Home campaign. Many resources and assets are available to assist in adapting this campaign for local markets.

A campaign “toolkit” is available offering creative files to download and customize. Talking points and campaign facts sheets help sales teams appropriately discuss the relevancy of the campaign, and a style guide ensures the industry is well informed about how best to use campaign assets.

A limited amount of printed inventory is available to order here.

#GetOutofHome is the primary call-to-action for the campaign. The hashtag will drive interaction to various online platforms were viewers can learn more about the campaign and OOH industry and also engage as a self-identified influencer.