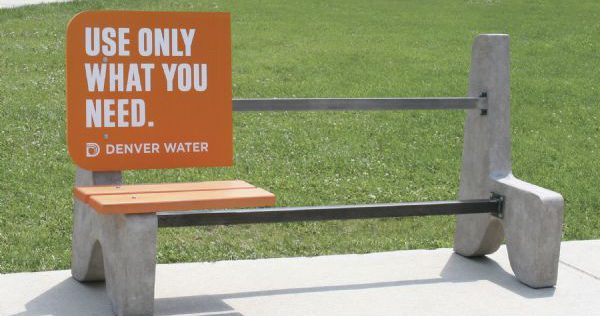 A quarter-century ago, the US Senate debated billboards. Pro-environment Sen. Barbara Mikulski of Maryland said in 1991, “I am up to my earrings in environmental problems.”

“Let us not get into environmental issues calling them billboards,” cautioned Mikulski, who would become the longest-serving woman in Congress and earn a Presidential Medal of Freedom.

OOH media companies large and small are converting to light fixtures that use less energy and last longer.

Green Signs based in Des Plaines, IL, powers its signs with renewable energy.

Lamar Advertising Company has researched and tested electric vehicles. The company is poised to convert half its light-truck fleet to electric vehicles when this emerging technology arrives in the US market.

Recyclable posters and bulletin substrates have replaced printed paper and glue. PVC substrates are being replaced with those that are recyclable.

Recyclers such as Avangard, based in Texas, have recycled PE billboard materials into netting, piping, and other re-uses.

In Longmont, CO, Circle Graphics touts recyclability of its printed OOH posters and bulletins as a selling point.

As part of a new sustainability effort, Coors Light converts its billboards into coolers and its kegs into BBQ grills.

Eco-friendly artisans repurpose billboards into unique products such as tote bags, wallets, and other accessories. RAREFORM transforms “20,000 pounds a month of billboard vinyl into one-of-a-kind products.”

When digital billboards reach obsolesce or are damaged beyond repair due to a natural disaster, they are disassembled and the parts recycled, including aluminum, stainless steel, and copper wiring. LED modules are recycled for metals, and the plastic housing can be recycled for substances such as asphalt fill. Damaged fan assemblies are scraped as bulk metal, and other components are used as spare parts.

The Jane Goodall Institute, based in Vienna, VA, displayed billboard messages in Africa in French and local languages to protect chimps and great apes.

Denver’s water utility has posted award-winning conservation campaigns on bus shelters and other OOH formats, earning “Best of Show” at the 2016 OBIE Awards.

The current Secretary of Interior, Ryan Zinke, is from Montana. When he returned home to speak to western governors, environmentalists communicated their point on billboards.

Sierra Club’s clean-air campaign has appeared on billboards and other forms of OOH advertising.

In May, National Geographic photographer Joel Sartore spoke in New Orleans at the 2017 OAAA/Geopath National Convention + Expo asking for help in publicizing his Photo Ark campaign to prevent animal extinction (he was the top-rated speaker).

“You guys inspire for a living,” said Sartore, ending with a plain-spoken pitch: “Help me out. Let’s get to work.”

Documentary filmmaker Ken Burns calls the national parks “America’s best idea.” When the nation launched its celebration of the centennial of the National Park Service (1916-2016), Interior Secretary Sally Jewell was in Times Square with high-tech billboards.

As an industry we are and always have been made up of responsible corporate citizens. I’d love to hear your stories about being responsible to customers, communities, and our world. You can reach at me [email protected] or call OAAA at (202) 833-5566.