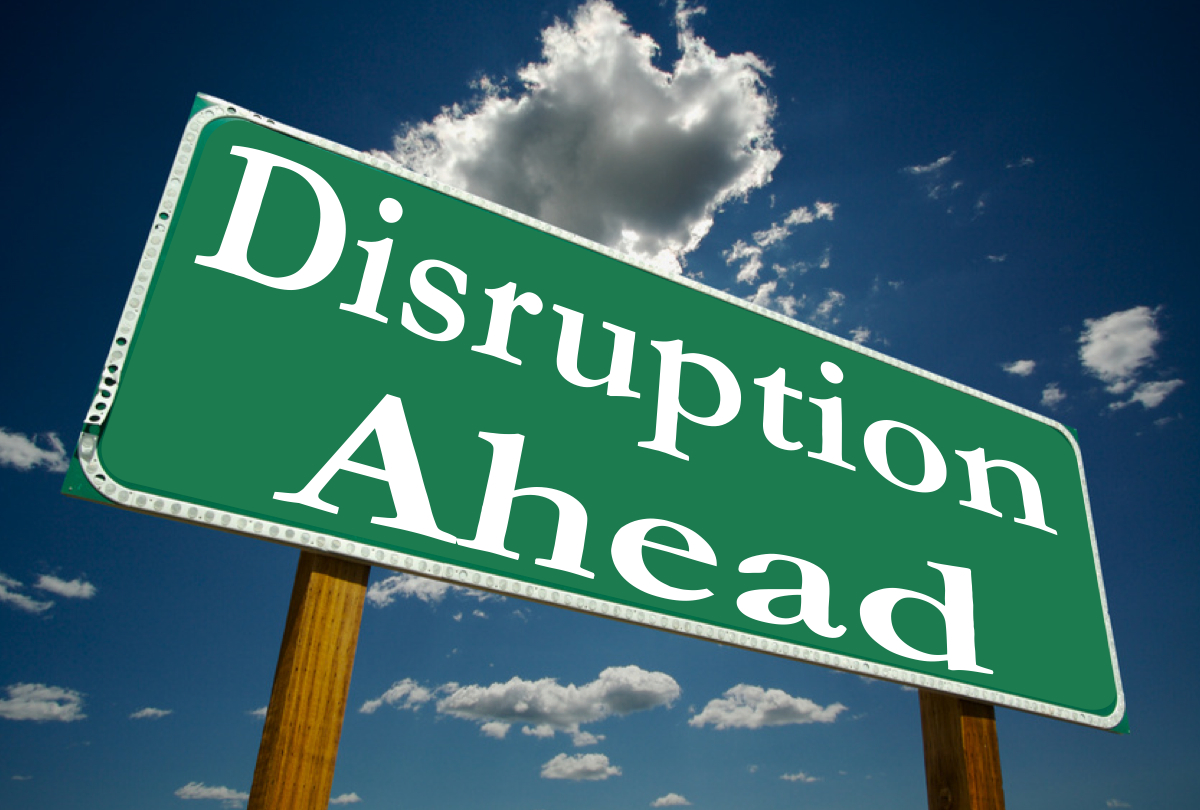 Embracing the Power of Disruption and New Technology Today

There’s a well known joke about a tourist in who, while lost in the windy backlands of deepest rural Ireland is lucky to find a passerby herding sheep along the single track lane. Winding down the window, he gratefully asks the way to Dublin. The local takes a long deep breath, thinks long and hard before replying, ’Well sir, if I were you, I wouldn’t start from here’.

It’s not the best joke, but it’s a reasonable metaphor for business today. Faced with the winds of change, a legacy of well meaning and reasoned decisions that in retrospect appear to have been poor, but never felt that way at the time. With no clear sign of a path ahead, I wonder how many businesses wish they could start from somewhere else.

We know it’s not practical and it’s not fair, but it’s provocation that best leads the way to conversations and explorations about how business can best adapt to and in the modern age.

There are two new concepts to expand thinking, challenge conventions and pose interesting helpful questions to better shape business ahead.

Unleashing the power of the Paradigm Leap

The first notion to explore is the idea of evolutionary funnels, the design process and the notion of a paradigm leap in design and thinking.

Design needs constraints, so we fix criteria bases on business briefs, assumptions and knowledge from the past and design then follows an iterative process where we find the optimal design fro the brief.

Over time investment, time, consumer behavior and technology continually refine the process, and products improve. We find businesses all working against each other and competition refines designs that become smaller, cheaper, better, faster, lighter etc. We tend to find that improvements follow an S curve, at first slow while companies adapt to a new design, then fast as expertise gains momentum, then slower improvements as the limitations on design or physical properties of materials or some other form of physics follow. We hone in on an optimal solution at the end of an evolutionary design funnel.

Then occasionally we see a great leap, a paradigm shift to another way of seeing things, a shoe new design funnel that produces huge changes in what’s possible and needs entirely new thinking to explore.

So when the iPhone launched in 2007, it was both the best phone the world had ever seen, and Apple’s first phone. Tesla’s first ever car set the standard for the entire car industry. From Dyson’s first Vacuum, to Nest Labs’ first Thermometer to Uber’s first Taxi business, to Amazon’s first attempt at Retail, to Facebook becoming the largest media owner the world has ever seen,  it seems that the real step changes in how things are done come from people on the first attempt and from the outside?

So have these companies succeeded changing the game despite a lack of experience, or because of it?

We need to consider a world where we take a fresh look at business and ideas, we need to challenge the viewpoints of entrenched experts, we need to look at what we should really fix and what should be challenged. We need in all aspects of business to find inspiration outside our comfort zone, learn from best in class experiences from anywhere, we need to reimagine what we expect is possible in a world where new technology makes new things happen at unrelenting speed.

Which brings me to the second idea.

The Power of Digital Disruption

Electricity didn’t change the world overnight, it took nearly four decades for industry and society to unleash it’s transformative power. Yet businesses and people for the entire time felt they’d understood the full potential of electricity.

When electricity was first discovered business owners were very happy. Previously all factories were arranged around a Line drive power system, a simple system where one large shaft would spin down the long side of the factory and belts fixed to it would drive all machines requiring power. This huge and heavy line drive would be driven by a massive, heavy, smelly and noises steam power plant typically attached to each and every factory.

When electricity first arrived, it was clear how to use it. The capital costs to build a new factory around it were vast, the benefits unclear, so factory owners simply swapped out the steam power plant with a huge electrical motor. The job was relatively fast, requiring minimal downtime, the replacement was relatively cheap and the benefits were clear. Within weeks factories needed fewer maintenance staff, saw lower running costs, more efficient power, and factories were less noisy, cleaner and could run for longer and with less downtime.

For nearly 40 years this is the only change factories made and nobody thought twice about it.

It was only when new factories were built in the electrical age did anything change. Here, armed with a blank sheet of paper, with designers and architects who’d grown up in the electrical age, did people first start to question what was possible. Now, “electrically native” designers would decide that electricity wasn’t something to add onto the edge of what was done or to treat like a marginal technology to bold onto the side, electricity was so transformative that it needed to be central to the entire design of business.

When factories were built around electricity everything changed. Each and every machine had a local motor, entire layouts could now be rethought about what worked best for the employee’s and what production line flows were most efficient. Now the hugely different use of space made for far more effective layouts. Now workers could control the power locally, they needed more training, but got more autonomy to make decisions, meaning they produced far higher quality products.  Factories also could use very different fabrication techniques and used far smaller machines, but most of all factories now no longer needed to be close to the source of fuel for the production of steam but could be located need ports to ship products, and near cities to find cheaper employees.

It was only in retrospect it was clear they’d got it wrong, that while factory managers for years felt smugly that they’d understood the power of the new technology and that 5 or 10% improvements were just great, it was only when business was reimagined for the new age that a huge leap in performance was actually made.

We are at the exact same point in the digital age. We’re the the marginally improved factories of the past. The companies that have unleashed the fastest growth and generated the greatest value creation in the shortest possible time have done so by building for the new world and with technology at the core.

So given this, if you can’t rebuild your business for today from scratch, how at least can you employ new thinking and new technology at the core?