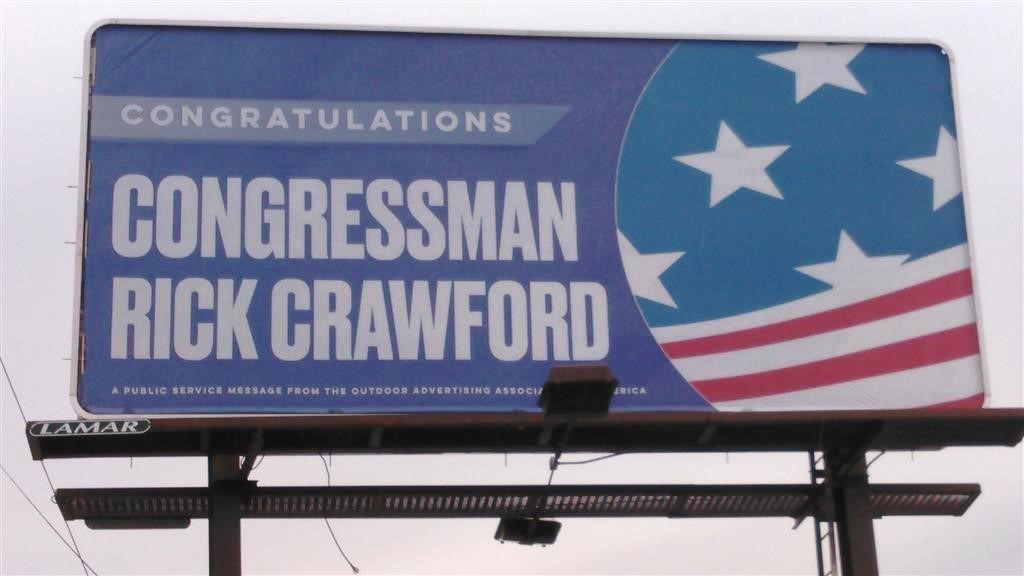 Last week’s election reminds us of the wisdom of bipartisan political outreach, the opportunity to expand political-ad sales, and the importance of political speech.

Control of the US House has changed three times since the 2006 election (Democrats won control after the November 6 election). The inevitable swing of the political pendulum highlights the need for allies in both parties, across the political spectrum.

One-party politics may seem tempting, in the short run. But industries and trade groups that have fallen into this trap eventually regret it.

In Congress, the new chairman of the House Transportation & Infrastructure Committee will be Rep. Peter DeFazio (D-OR). An environmentalist, DeFazio had a 100 percent rating from the League of Conservation Voters in 2017. DeFazio also is a billboard customer.

His counterpart in the Senate is a conservative Republican physician from Wyoming, Dr. John Barrasso, chairman of the Environment & Public Works Committee.

Barrasso’s lifetime rating from the American Conservative Union is 90 (out of 100); DeFazio’s lifetime rating is 12. Although Barrasso and DeFazio are political opposites, we can work with both of them, which is a source of pride and strength for our industry.

Experts say overall political ad spending will set a mid-term record. Based on media-tracking research in 2018, the OOH political category will hit a record in this election, surpassing the previous all-time high in the 2016 presidential cycle.

Political advertising is important to the OOH industry for another reason because it highlights our medium as a platform for speech protected by the First Amendment.

The judge who invalidated the targeted billboard tax in Cincinnati cited political speech in his 39-page order issued October 17:

“Evidence at the hearing of the Motions for Preliminary Injunctions established the broad scope of messages communicated through the medium of billboards. Such messages range from commercial speech to political speech to public serviced messages for charities or in support of law enforcement efforts,” said Court of Common Pleas Judge Curt C. Hartman.

A wide range of speakers – candidates and causes – communicated diverse political messages on billboards and other OOH platforms:

After congressional elections, OAAA congratulates winners from both parties as a public service (the current creative was designed by OUTFRONT Media).

Messages like the one seen to the right appeared in communities across the country thanks to industry collaboration.