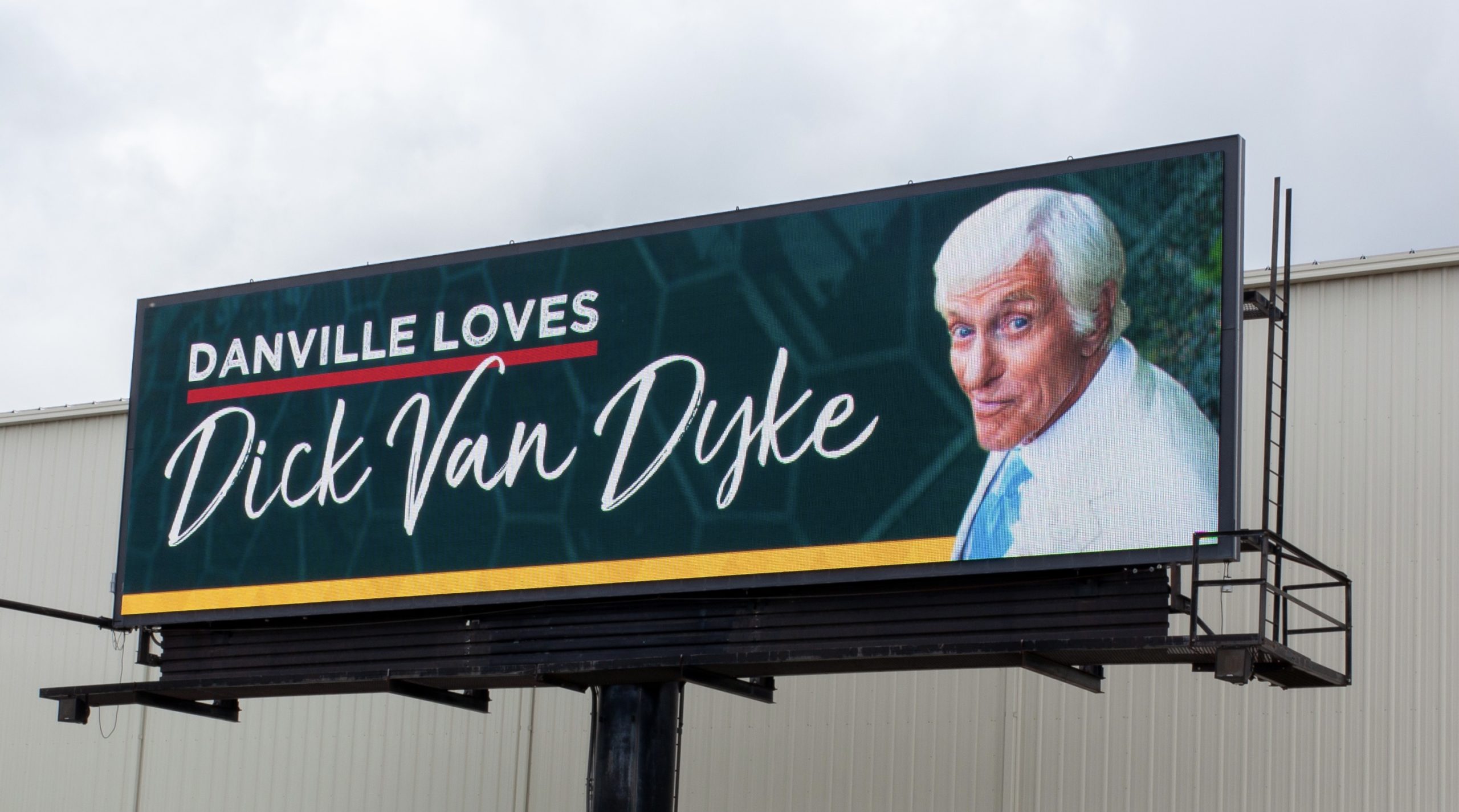 The Kennedy Center Honors (broadcast June 6 on CBS) reminds us of America’s small towns like Danville, IL, boyhood home of Dick Van Dyke . . . a Kennedy Center honoree who was raised in Danville.

Seven years after Van Dyke was born, a company that would eventually become know as Time-O-Matic was born in Springfield, IL in the Great Depression. In 1945, Time-O-Matic relocated to Danville and is still there, creating new jobs.

In 2001, Time-O-Matic — known for time-and-temperature signs — added Watchfire to its name to represent new product introductions such as LED signs.

Danville is located west of Indianapolis, east of Springfield and due south of Chicago, in the middle of America. The company is proud of its midwestern work ethic, and shared history with Danville’s Dick and Jerry Van Dyke, Gene Hackman, and others.

The economic development arm of Danville and surrounding Vermillion County said “Watchfire has grown from a conservative, small family-owned business into a technological leader. Watchfire is a living, thriving example for communities across America” that small business development is an engine of the overall economy.

Watchfire Signs has exported digital billboards to more than a dozen countries.

Congratulations Dick Van Dyke for earning this latest honor, at age 95, and your sage advice to “Keep Moving.” In Danville and beyond, we’ll gladly comply.