Bright Idea: Out of Home Converts to Better Lighting

Out of home media is completing a basic but meaningful step for sustainability:  switching its light bulbs. Nationwide, this practical step means:

In the Northwest, Meadow Outdoor Advertising has converted all of its former metal halide lights to longer-lasting LED fixtures. The older light fixtures were recycled in Portland, OR, says Chris Zukin of Meadow Outdoor. 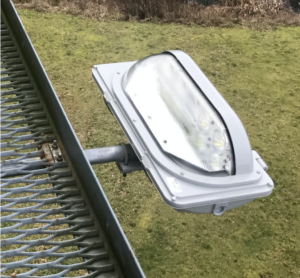 What does this mean?  “It means 73 percent less electrical load,” says Greg Gauthier at Lamar Advertising Company (LAMR), which has switched out more than 100,000 lights. “The whole world is changing to LED lighting, for good reason.”

Advances in technology also boost out of home media efficiency in other ways. Billboard companies have installed automated equipment and computer programs to turn lights off when illumination isn’t needed, saving energy and reducing electrical load.

Nationwide, billboards are strictly regulated, including maintenance and upgrades. While a common rule prohibits adding lights to nonconforming billboards not originally permitted for lighting, simply upgrading old and less efficient lighting to more efficient lamps is typically not considered a structural change.

“In Oregon and Washington State, if a sign already had lights, we were allowed to replace the existing light fixtures and controllers,” recalls Zukin in The Dalles, OR.

In Chico, CA, Jim Moravec of Stott Outdoor said, “As we were not making any changes in the location of the meter, and hence no power company involvement, no permit was required or sought.”

Sustainability and corporate responsibility are broad, on-going missions that touch virtually every aspect of business and the economy. For out of home media, a bright idea — one step — is the change the light bulbs.