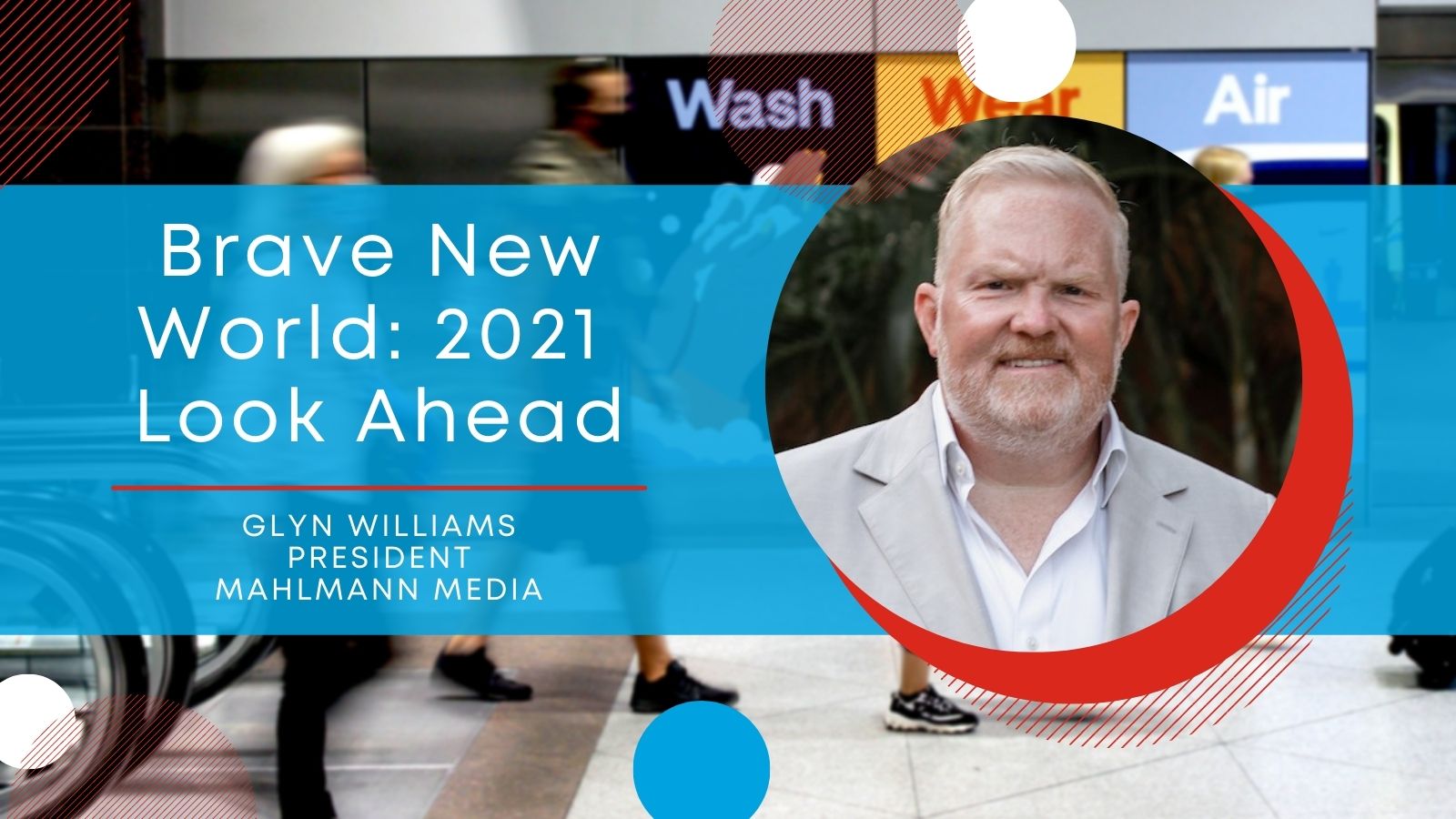 We made it through 2020. Perhaps barely but we crossed the threshold toward a New Year which always brings an air of optimism and refocus. Many of us suffered a lot – emotionally, physically, and financially. We were all battered but not beaten. We stood in the face of everything and said, “You will not destroy us.” While we may not be out of the woods just yet, I believe the OOH industry – and the nation’s economy as a whole – will make the biggest comeback in history as early as April.

But how will we get there? How will we bounce back to meet the predictions that pin OOH to a 5-7% growth from 2020? We do not need to re-evaluate everything about our industry’s core proposition that has driven our success. But we do need to pivot toward the changes – and emerging categories – that will be dominant this year.  We are at a crossroad in our industry, there is no doubt, but we get to choose where we go from here.

We must finally accept that programmatic will take a starring role in OOH’s future and stop having our own industry debates over its slings and arrows. It is real and we must be here for it. To quote one OOH agency Group Director recently, “If you had asked me a year ago, I’d say it’s growing.  Now we talk about and push programmatic daily.” Two words to note there: Push. Daily. The past year has forced clients to be nimbler in the marketplace, go where the consumer’s eyes lead them, and earn a higher return for their dollar. Programmatic DOOH is what many clients need, most agencies want, and what many of us fear – flexibility that is consumer centric, real estate agnostic, and takes the negotiating power (read: control) away from the sales teams. These needs are not going away, they will only accelerate. Embracing the programmatic movement will broaden our reach to new revenue opportunities and meet client demand and we must do so without getting in our own way.

In the coming years we will see a population migration unlike anything we have seen since the 1950s.  We have already seen Millennials gradually leaving the high price of large cities of New York, LA, Chicago, San Francisco, Boston seeking better – or least more affordable – lives in mid-size cities. A recent article in the LA Times noted that in the fiscal year ending July 2020, Los Angeles saw a 74,000 reduction in population. Meanwhile, cities like Nashville, Denver, Austin, and Raleigh saw an average of 13% increase in Millennial population between 2011 – 2016. Now, “post” Covid, nearly 37% of Millennials say they’re considering moving. Media agencies should be prepared to guide their clients toward altering the markets on their media plans in the coming years to respond to the shifts in their consumer base.

Cash strapped cities and businesses with scale will seek new revenue streams to make up for a year of lost revenue. Those losses will lead to a series of mergers and acquisitions, and more asset development than the OOH industry has seen in a decade.  In 2020, CVS and Walgreens both announced in store digital networks, paired with their online platforms, and we’ve seen similar paths for Coinstar (partnering with NCM) and Captivate expanding beyond their traditional model of office buildings. Cities who have historically avoided advertising on their transit, bike shares, and city property will open themselves up for bids while other cities who have held firm on limited permits will let their guard down… for a share of the revenue.

Americans Are Ready for a Rebound

Like many economists, I believe we will see a K shaped recovery and it will begin very soon. Admittedly, for a large segment of the population this recovery will be long and slow, with millions still out of work through much of 2021, primarily those who work in retail, hospitality and service. However, Americans whose incomes were more stable than others tended to save money in 2020, which drove the National Personal Saving Rate up from about 8% in 2019 to nearly 13.6% as of October 2020. Middle Class and Wealthy Americans will be eager to re-engage with life in just about every way imaginable. Lives postponed will transition to lives reenergized and reimagined.

Vacations will be rebooked. Families will reunite to erase a year that came and went on Zoom. Low interest rates will be put to good use with a housing boom. New car purchases will come at a time when the auto industry finally seems to be onboard with making electrics cars more accessible and affordable than ever before. Parents and teens will rethink where, how, and even if, they go to college. And 10 months of conversations about our wellbeing – both physical and mental – will force us to look at everything from our eating habits and exercise routines, vitamins, hand sanitizers, and open more doors to telehealth. Keep an eye on categories such as Auto, Travel & Tourism, Financial Services, Real Estate, Health & Wellness, and Medical & Insurance.

Necessity is the Mother of Invention.

And let’s not overlook a glimpse even further ahead. Recessions like the one we’re mired in now have historically led to more innovation than times in which we’re comfortable. The last recession of 07-08 led to the formation of Uber, Pinterest, Slack, Venmo, Instagram, WhatsApp, Groupon, among others. If we project 5 years ahead, what will we say was born out of this recession? I am hopeful as ever, watching closely to see what brave new ideas springforth to address our needs ahead. And how the OOH industry can respond to the moment in which we find ourselves.