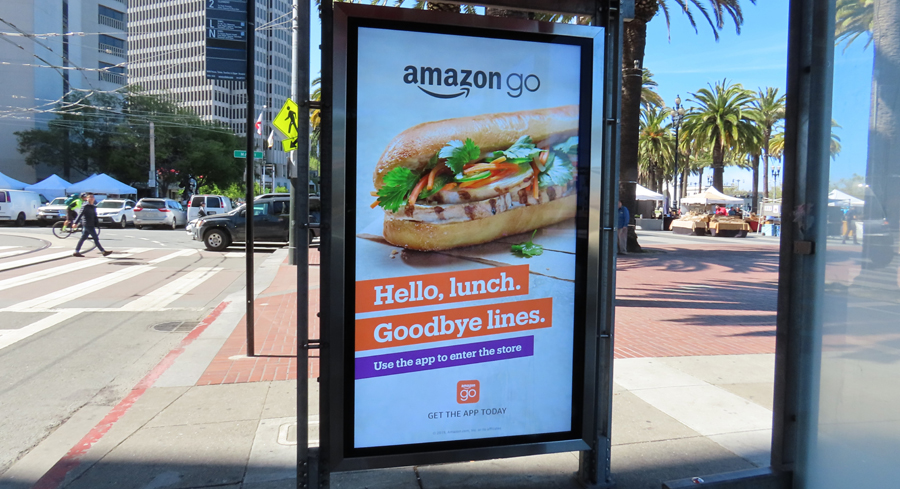 BrandZ has been compiling rankings of the world’s most valuable brands since 2006, evaluating company revenues and profitability along with surveys of 3.7 million consumers in over 50 countries for their views about brands. Today, a key challenge for building and sustaining valuable brands is learning how to disrupt and how to survive disruption.

In a year marked by rising consumer expectations, the erosion of category boundaries, and geopolitical disruptions, the 2019 BrandZ™ Top 100 Most Valuable Global Brands increased 7 percent in value. This gain outperformed the global GDP growth rate and added $328 billion to the BrandZ™ Top 100, bringing its total value to $4.7 trillion.

Amazon, a pioneer in creating friction-free customer journeys, become the world’s most valuable brand, surpassing Apple and Google for the first time. This triumvirate of disruptive ecosystem brands together total almost $1 trillion in brand value and comprise about 20 percent of the value generated by the BrandZ™ Top 100. They also just happen to be among the top eight OOH advertisers in 2018.

Here’s the 2019 top 10 group of most valuable brands, eight of which do business in the US. Of those eight, all invest in OOH and five of them invest more in OOH than OOH’s 4 percent share of the ad market in 2018 – Apple, Google, Facebook, McDonald’s, and AT&T. 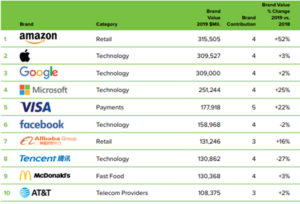 The world’s leading technology brands are big believers in OOH because it produces results for them. Below are the five top ten brands which allocate beyond the US OOH average share, and their specific share of  budget invested in OOH.

In the BrandZ report, data-driven improvements in customer experience and personalization helped drive the value growth of the three fastest-rising categories: luxury, up 29 percent; retail, up 25 percent, and insurance, up 15 percent. Positive customer experience also fueled the growth of Instagram, which almost doubled in value, rising 95 percent year-on-year to become the fastest rising brand.