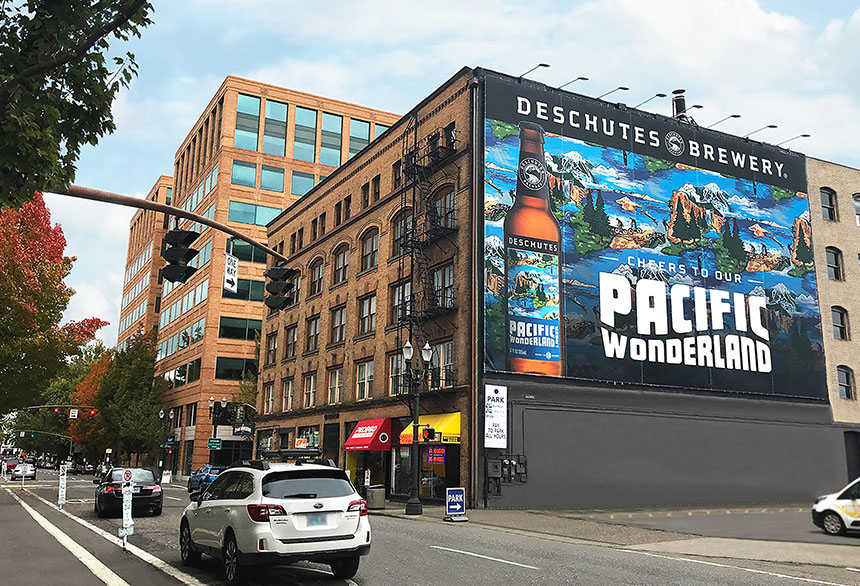 Sales Tip: Local Advertiser Focus — Insights for Finishing Strong in 2021 and Planning for 2022

In analyzing 2020 marketing and advertising spend shown in the chart below, the survey found OOH occupied the number four position in total local ad spend. Looking at the current year, 21 percent of the respondents reported they were spending more in OOH than last year, and the only other ad or marketing channels more frequently mentioned were digital, events or sponsorships or direct mail. In comparison to traditional core media, OOH was tied with broadcast and cable TV for the greatest increased spend over 2020. 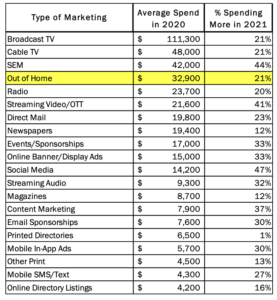 Asked to name traits deemed “very to extremely important” when selecting a media company, the attributes in the chart below were noted by over half of the respondents, with a “high level of marketing expertise” being the most valued. 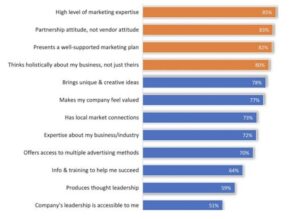 When questioned about their preferences for placing ad buys, email or in-person communication  with the media representative was named by almost three-quarters of those surveyed. Interestingly, even though 43 percent of the respondents said they used a DIY platform, only 13 percent stated it was their preferred form of placing buys. This statistic is less surprising considering the chart immediately above highlighting traits advertisers judge most important.